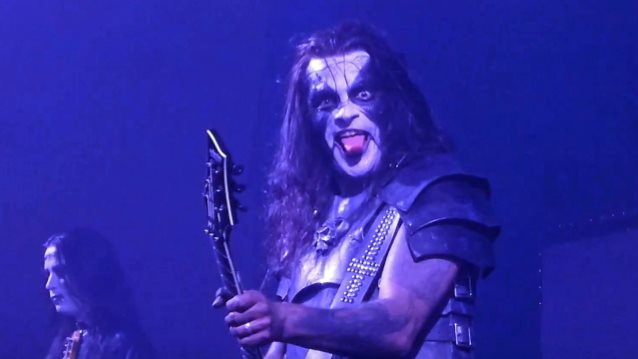 Fan-filmed video footage of ABBATH, the band led by ex-IMMORTAL frontman Olve Eikemo (a.k.a. Abbath), performing on December 10 at the Aztec Theater in San Antonio, Texas can be seen below.

ABBATH recently began rehearsing for its upcoming album in the group's hometown of Bergen, Norway. The follow-up to this year's self-titled debut will be released sometime next year via Season Of Mist.

Bass duties for ABBATH are being handled by a man familiar to metal fans across the world — Tom Cato Visnes, more widely known as King Ov Hell and main composer for several GORGOROTH albums as well as his own bands OV HELL, with singer Shagrath from DIMMU BORGIR, and GOD SEED, with exceptional black metal vocalist Gaahl.

Abbath told New Noise Magazine that he had no intention of ever leaving IMMORTAL. "I never thought for a minute about going solo with ABBATH," he said. "I was kind of forced, forced into making other decisions about things. I thought, okay, if I'm going solo or whatever the fuck, I'd need the right guys to play with."

He added: "I don't see ABBATH as a band. That's my name. It's no SABBATH or ABBA, you know? I said, 'If someone could come up with a logo, then I'd consider it.' Suddenly, it was there and I said, 'Yes, let's proceed!'"

Regarding the circumstances that led to his split with IMMORTAL and the formation of his new group, Abbath said: "I thought it was about fucking time [to release a new album], you know? I said to the guys in IMMORTAL, Demonaz and Horgh, 'C'mon, let's finish rehearsing, let's do this album now.' I had all my ideas, the pre-production was all there, but they… They didn't have the time. At one point, we split. We didn't socialize. We became strangers more and more. They weren't there and I felt alone. I was working, I was waiting. There was this, 'Should I go on with this new album or will no one hear it, because it was supposed to be IMMORTAL?' No! It's my music! They're my ideas. IMMORTAL, it's in my heart, but when I can be Abbath, I feel IMMORTAL. If there's someone I'd really like to apologize to, it's Apollyon, [ex-IMMORTAL bassist and AURA NOIR leader]. When we did that comeback thing we did, we couldn't have done that without him. If there's someone I miss, it's Apollyon."

He continued: "I was lucky to meet with the right people, and out of the fucking chaos comes something else. For me, it's the beginning of something new. Not something bigger, I don't need to be bigger. I need to be fit, fit for a fight. I want to be a survivor in this scene, I want to be up there doing my shit when I'm 72. We're on a fucking campaign now." 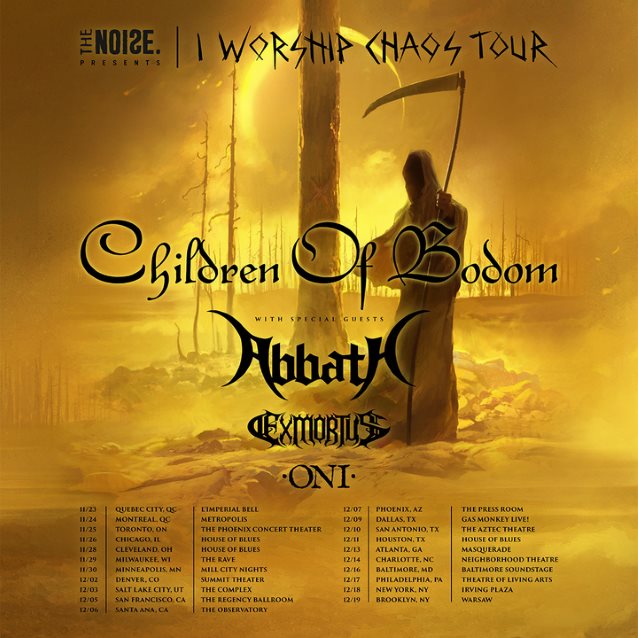