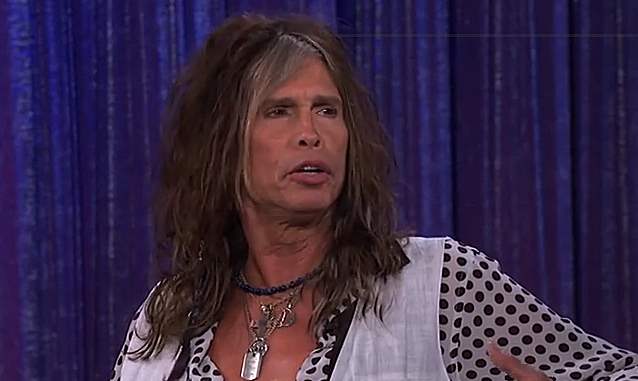 "The Dr. Oz Show", which is currently seen in 118 countries worldwide, debuted domestically in 2009 with the biggest ratings in nine years in daytime television.

Speaking candidly about his past drug addictions with People.com, Tyler said in a 2012 interview, "I blew 20 million. I snorted my Porsche, I snorted my plane, I snorted my house in that din of drugs and booze and being lost." He added, "I kept my medicine cabinet on stage, in a 14-inch drum head, the bottom of which contained . . . one Dixie cup (paper cup) with a straw and blow (cocaine) in it and the other with Coca-Cola and Jack Daniels in it."

In his memoir "Does The Noise In My Head Bother You?", Tyler goes into detail in the tome about the stage injury that led him back to drugs and eventually another stint in rehab in late 2009, during which AEROSMITH flirted with the idea of hiring a new vocalist.