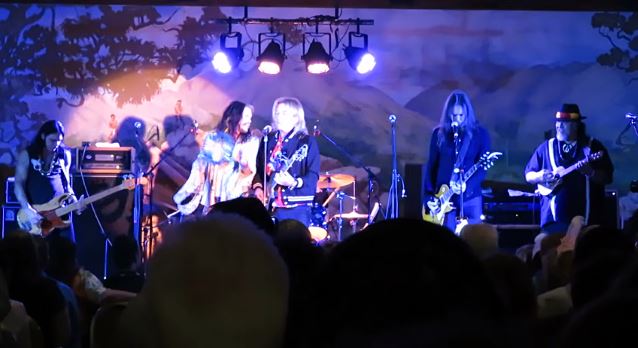 Video footage of ALICE COOPER's annual New Year's Eve gala benefiting the Maui Food Bank can be seen below. The event, which was organized by famed Cooper manager Shep Gordon, was held in a ballroom at the Wailea Mariott in Maui, Hawaii.

Hosted by actor Tom Arnold, the event has been an ongoing charity show raising money for various organizations for several years now.

The night culminated with all artists joining together onstage for a rendition of "Revolution" by THE BEATLES.