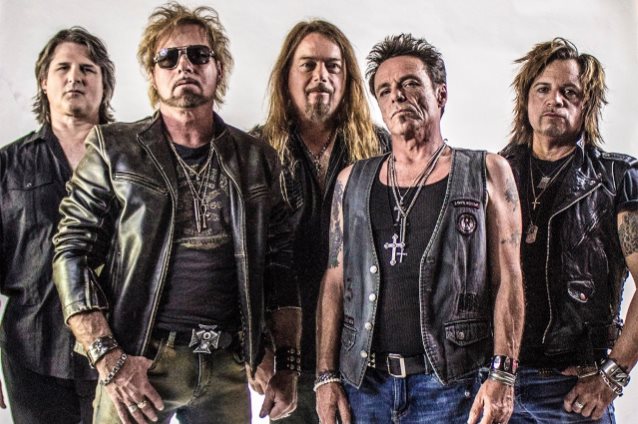 BABYLON A.D. is one of the few hard rock bands from the late '80s/early '90s that are still operating with all of their original members: vocalist Derek Davis, guitarists John Matthews and Ron Freschi, drummer Jamey Pacheco and bassist Robb Reid. The group formed in 1987 and to celebrate its thirtieth anniversary, BABYLON A.D. will release a new album, "Revelation Highway", on November 10 via Frontiers Music Srl.

The video for the first song from the album, "Crash And Burn", can be seen below.

Davis comments: "This record kicks ass, from the opening track 'Crash And Burn' to the last track, 'Saturday Night'.

"The band had a blast making the album and a lot had to do with original founding member, lead guitarist John Matthews, rejoining the band. He really lit the fire that got the bands blood pumping to make a new record.

"For me, it was awesome to produce and mix such a cool record. It's very hard-hitting yet melodic, with some great lyrical storytelling and great standout tracks like 'One Million Miles', 'Tears', 'Rags To Riches' and 'She Likes To Give It'. The songs are so catchy and memorable on the first listen I know our fans are gonna love it! And, of course, there are some burning guitar leads to keep the metalheads happy.

"The band is very grateful that Frontiers Music Srl listened to the tracks and felt the same way about them as we do and offered us the opportunity to get this record out. We can't wait to hit the road and play the material live."

Featuring ten tracks of the energetic classic hard rock the band is known for, "Revelation Highway" is sure to please fans of BABYLON A.D.'s classic early material.

The band will play shows in the U.K. and Germany this August/September to kick off promotion for the album with more touring planned both in the U.S. and Europe. 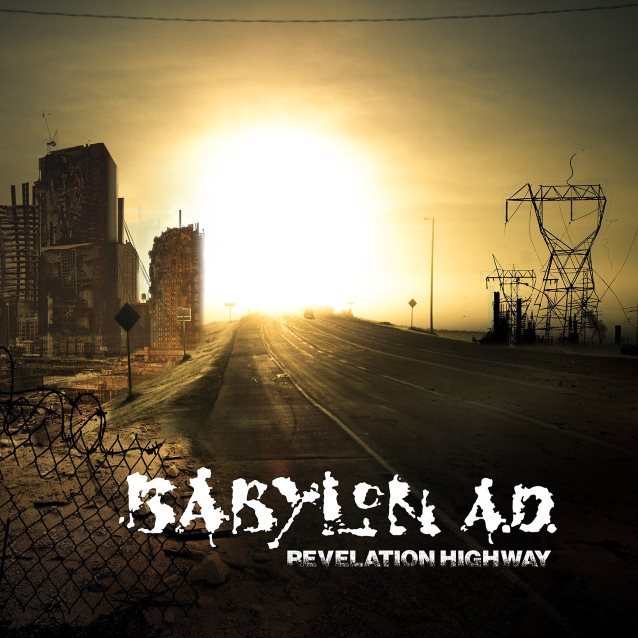