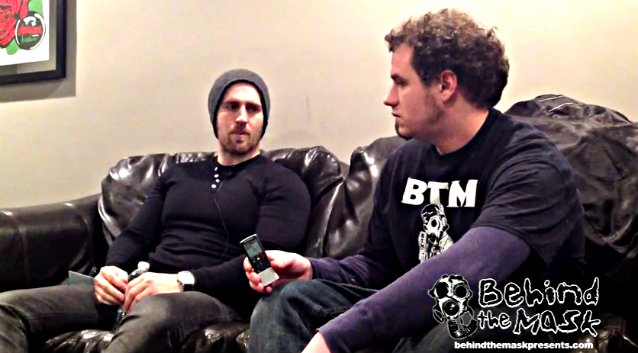 Pat Furey of BehindTheMaskPresents.com recently conducted an interview with drummer Blake Richardson of the Raleigh, North Carolina-based progressive rock/cutting-edge metal band BETWEEN THE BURIED AND ME. You can now watch the chat below.

BETWEEN THE BURIED AND ME filmed a brand new DVD earlier in the month. The concept behind this project is in contrast with the group's ambitious and impressive live stage productions; this featured the band in a small studio, an intimate setting in which they performed "The Future Sequence" in its entirety. Joining the band for this performance was a small group of auxiliary musicians, including percussionists, saxophone, flute, string quartet.

BETWEEN THE BURIED AND ME's ambitious concept album, "The Parallax II: Future Sequence", achieved the North Carolina-based band's highest Billboard chart position (#22) since their inception in the early 2000s. 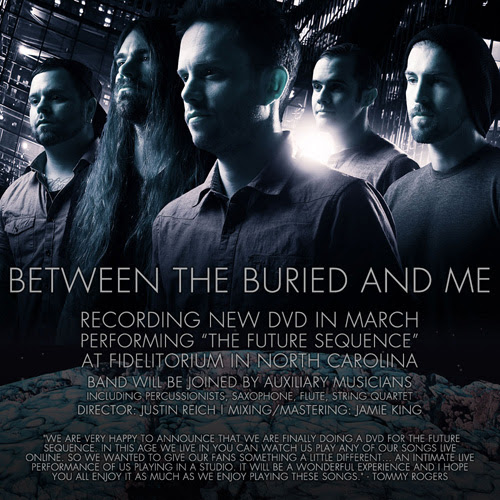