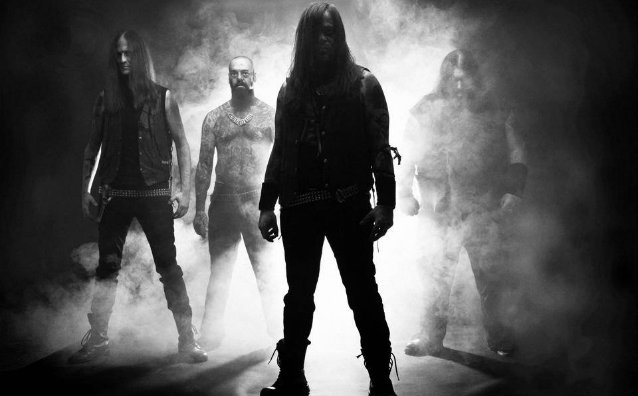 According to a press release, "Hail Death" is BLACK ANVIL's most epic and fully realized album to date. It's one of those rare releases that not only stays true to the band's roots but manages to transcend them in a way that works all of their seemingly disparate influences into an amalgam of heavy music that's as original as it is earth-shaking. The sonic fury was captured at Magpie Cage by J. Robbins of JAWBOX, who, although best known for recording punk and post-hardcore acts, perfectly understood the band's creative vision. "He's got a really good style of making records and I knew he would understand that we wanted to make this sound live and organic as opposed to tight and compressed," relays BLACK ANVIL bassist/vocalist Paul Delaney, citing KISS' "Destroyer" and METALLICA's "Master Of Puppets" as inspiration. "I wanted it to be a little more rock 'n' roll sounding because I felt the songs were a little bigger and structured. It tells a story from beginning to end and the recording reflects that." As such, the behemoth offering includes a bonus track: a cover of "Under The Rose" from KISS' iconic ninth studio recording, "The Elder".

"Hail Death" wasn't an easy album to make and the band members' personal turmoil is reflected in every frenzied moment of the album. "I went through a lot of stuff over the past year and it caused me to move and spend a year of my life in solitude," Delaney says, explaining that for twelve months he would sit in his room and pour all of his energy and inner chaos into these songs. "This is our journey. I can honestly say that this is probably the most important thing I've ever done in my life, even if it never sees the light of day for some reason I'm insanely proud of it." 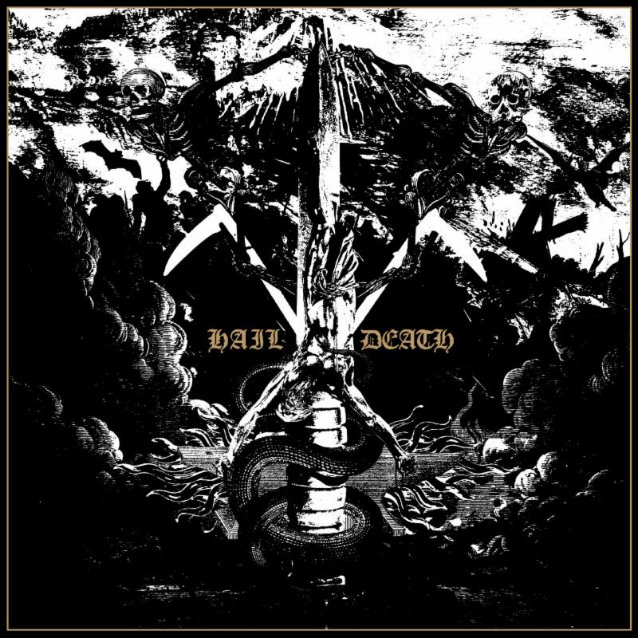