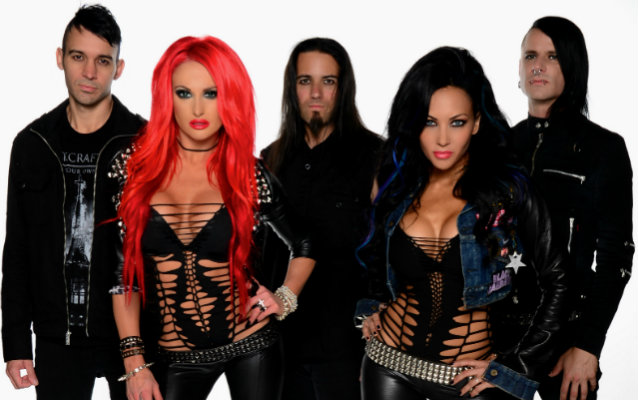 Taking a page from heroes METALLICA and GUNS N' ROSES, Los Angeles metallers BUTCHER BABIES have recorded an EP of cover tunes that will surely please fans of the band, as well as fans of the artists that performed them originally. Titled "Uncovered", this EP will be released on September 30 in North America (October 6 in Europe) and features the following five tracks:

Audio samples of all the songs that appear on "Uncovered" can be streamed in the YouTube clip below.

BUTCHER BABIES' Carla Harvey (vocals) comments: "It was a blast recording songs that we have been fans of our entire lives and putting our spin on them.

"We all chose a song that had some significance to us. My pick was 'They're Coming To Take Me Away' by NAPOLEAN XIV, because I have a vivid memory of my stepdad, who I considered completely insane, playing it over and over again on his car stereo when I was a pre-teen. The song is about being taken away to a mental institution. I can still see him tapping his fingers on his steering wheel to the beat..."

BUTCHER BABIES' Heidi Shepherd (vocals) adds: "As an eight or nine-year-old little girl, I used to rummage through my parents' albums and 8-tracks looking for some cool music. In hopes that my parents had at least a little bit of good taste, I would play every single song looking for something that I could latch on to. That's when I came across 'Crazy Horses' by THE OSMONDS; it was the heaviest song I had heard at that age. I would play that song over and over and over again, I was addicted. To this date, it's still one of my favorite songs and reminds me so much of growing up in Provo, Utah."

In regards to BUTCHER BABIES' cover of THE OSMONDS' "Crazy Horses", Donny Osmond comments: "When we released 'Crazy Horses', we were pushing against what THE OSMONDS were known for, but it became a greatest hit. The BUTCHER BABIES have reinvented this song in a creative and innovative way — and that's what music is about. Now...What if I had recorded 'Puppy Love' like this?"

Shortly before the release of "Uncovered", BUTCHER BABIES will embark on their first headlining run in the U.S. The band will end their tour playing at this year's Knotfest in San Bernardino, California. 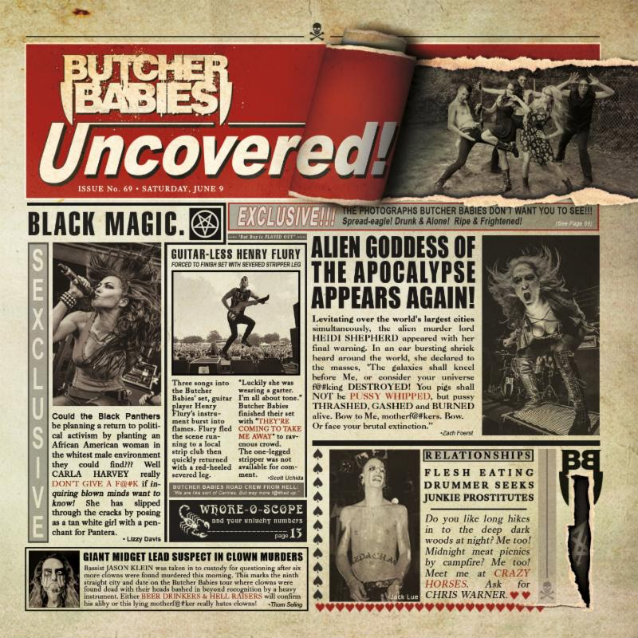