DeadRhetoric.com: With the new album ["Surgical Steel"], what was your "Hey, this is going to work" moment?

Walker: In the rehearsal room; it's that simple. Bill [Steer, guitar] actually was like, "Okay, let's try this out and if it works, great, if not, we haven't lost anything." My attitude was that it will work, like, "Don't worry, Bill." I have enough confidence in myself and him as a guitar player, and Daniel [Wilding] is a fantastic drummer and I was never under any illusion that we couldn't pull something great off. I mean, we're hungry and we have something to prove after 17 years and we don't want to disappoint people. We don't want to be one of these bands who come back after a long period of time with an album that people are like, "That album sucks!" We already made that album — it's called "Swansong". It's important we don't shit on our legacy. This is almost like making our first album. We've done this off our own volition, with our own time, and our own money. No one was dangling a carrot in front of us. We could have easily found a record deal, then made this album. But I think it was out of pride — especially from my side that it was more important we put our money where our mouth is. We kept it secret, and we didn't want to be accused of doing it for the money.

Walker: I disagree. [laughs] Joking aside, it's easy to deal with those kind of snipes, but I don't want to give people ammunition.

DeadRhetoric.com: Is there any sort of pride in knowing how many bands have ripped off "Heartwork" and "Symphonies Of Sickness", and you guys can come back and do it better than before?

Walker: I honestly don't know because it's not the result of any pressure from me and Bill. All I can say — and it wasn't any real arm-twisting. In his previous bands, he was playing all the blast beats on two kick drums, which is kind of atypically modern. We call it the "Euro blast," the "cheap beat," which we trace back to Shane Embury from when he was in UNSEEN TERROR. With CARCASS and the bands we've been involved with — NAPALM DEATH, THE ELECTRO-HIPPIES, my old band — all the blast beats on the kick drum are post-punk rock. It comes from bands like SIEGE, D.R.I., etc. I might have commented about that, but to be honest, Bill was very laissez faire. It was important, but I never made a big deal about it. I didn't put any pressure on Dan, but on his own volition, he started to play in this style and I asked why he was doing this, and he's like, "Well, this is what suits CARCASS." So maybe he has done his homework, but it's not like Bill and I have kept on his back. If anything with Ken, Bill was always standing over his drum kit. With this, I said to Bill, "You don't seem to be spending much time directing Dan." If anything, I was that guy. [laughs] I don't necessarily feel bad, but Dan's his own man. He's done his homework and I want to read interviews where people are asking him what he's done. The reality is in the studio, he could have easily overplayed because he's an accomplished drummer, but he knows where he fits in the music. The next album we'll let him overplay. [laughs]

Read the entire interview at DeadRhetoric.com. 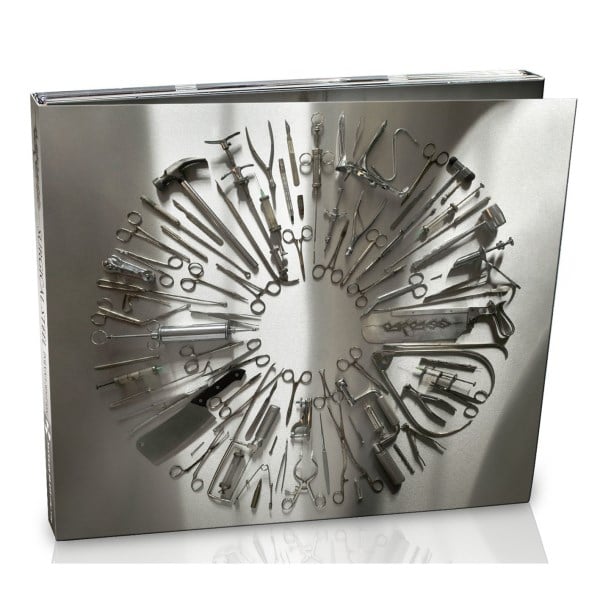