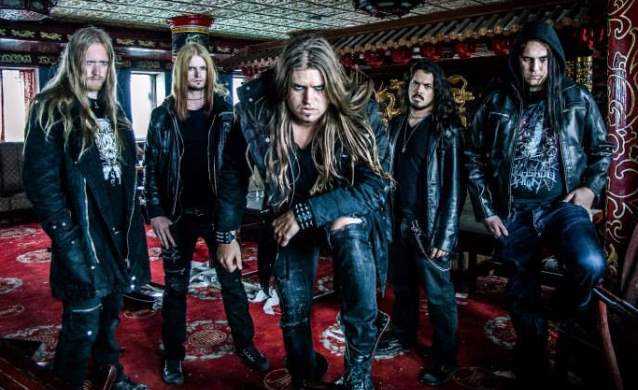 The video for "Point Zero Solution", the title track of the third album from Swedish melodic death metallers DEALS DEATH, can be seen below. The clip was directed by Patric Ullaeus of Revolver Film Company, who has previously worked with DIMMU BORGIR, LACUNA COIL, IN FLAMES, SONIC SYNDICATE and KAMELOT, among others.

Comments DEALS DEATH guitarist Erik Jacobson: "'Point Zero Solution' introduces the factors that lie behind a weakened society, a failed state. The lyrics deal with our human behaviour and our quest for comfort and luxury, at any cost."

DEALS DEATH vocalist and lyricist Olle Ekman says about the album as a whole. "It's a step-by-step description of the process which breaks down the systems of nature and society, our false hopes, our credulity towards authority and the belief in eternal growth."

"Point Zero Solution" will be released on September 13 via Spinefarm Records. The CD, which was forged in the deep woods of Grangärde, Sweden, "contains 11 songs packed with a lyrical edge, delivered with all our blood, sweat and toil," says the band.

Having introduced themselves to a wider audience with last year's "Elite", the new CD shows DEALS DEATH's staying power and musical evolution with lush arrangements, deadlier output through and through and melodic hooks catchier than ever before.

The story of DEALS DEATH began in a music college called Boomtown, where guitarist Erik Jacobson met a couple of other students. With some further twists to the story, with which we need not bother, the band released its self-financed debut, "Internal Demons", in 2009 to rave reviews.

In 2009, DEALS DEATH recruited new members in Gothenburg and made the city their base. The second album, "Elite", was recorded in May 2010 in Gothenburg and mixed by Jonas Kjellgren (SCAR SYMMETRY). A promo video was shot for the song "Fortified" and released in April 2011. The clip made waves on the metal scene (surpassing already half a million views) and then, a fortuitous bounce launched DEALS DEATH to a larger-than-just-metal audience, when vocalist Olle Ekman's 'Death Metal Vocal Exercises" video became a surprise YouTube hit. 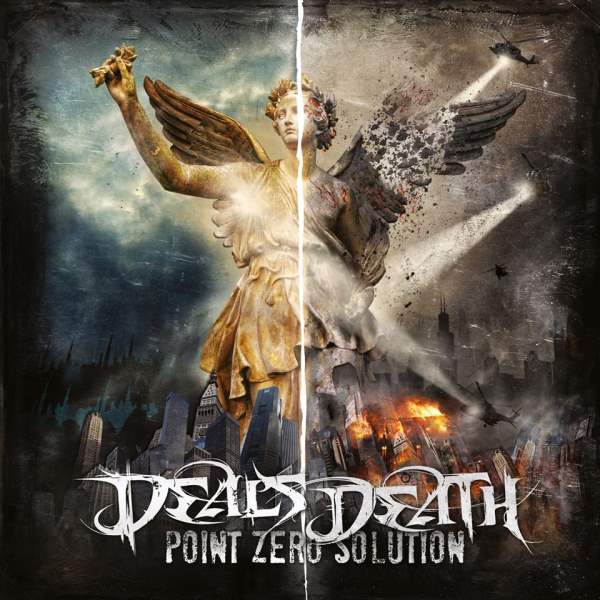