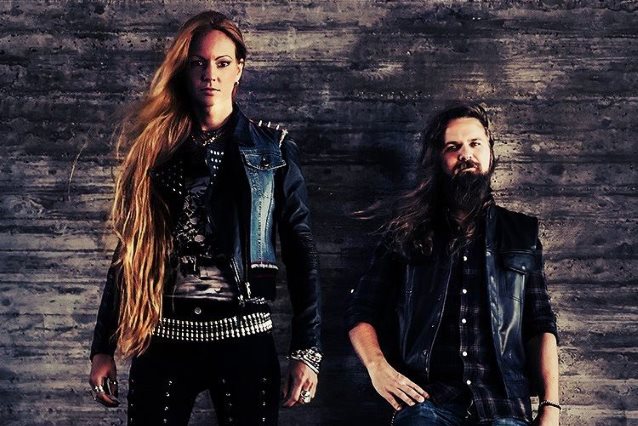 DECADENCE — the Sweden-based thrash metal quintet fronted by Kitty Saric (a.k.a. Metallic Kitty) — has reformed and will release its fifth full-length album, "Undergrounder", in January. Joining Kitty and her songwriting partner of over fifteen years, Kenneth Lantz, on the new effort is drummer Lawrence Dinamarca (NIGHTRAGE, LOCH VOSTOK, CARNAL FORGE).

Says Kitty: "Sharing these news with you today is something I've been waiting for five years to do.

"Kenneth and I have created something that I didn't think was possible. We've taken all we've learnt and gathered through the many years we had with early DECADENCE and lifted it to create an album for you that reveals everything about who we are as musicians due to it.

"DECADENCE is such a huge part of our lives and it always will be. We didn't leave a bit behind. It's all there for you.

"We give Joakim Antman (bass) and Erik Röjås (drums) our biggest gratitude for the years we played together."

According to a press release, "DECADENCE has an inspiring resume to show for the past decade with four full-length albums, two of which were released within one year.

"DECADENCE has always been a promoter of the underground music scene. Pushing for the DIY, licensed their top selling release to three different labels simultaneously while running it through the own label HTI Records (now re-named Heavy Dose after the band's first single), pushed for other bands to do the same, and had all promotion pushed by fans for fans through street teams, fan clubs and metalheads from all over the world.

"In addition to amazing fan-driven concerts, they most recently visited Venezuela that became the summing up of the ten years together.

"DECADENCE never stopped, it evolved. And now they are back to continue spreading the message." 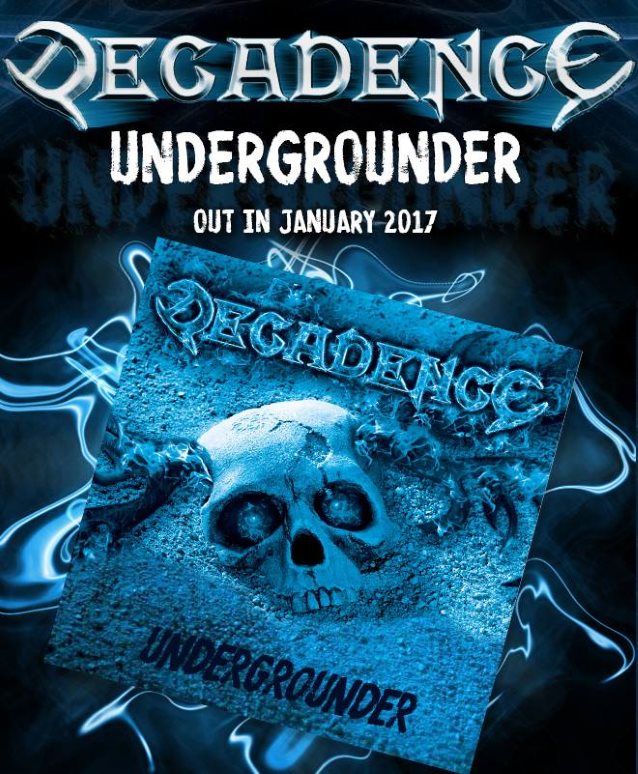