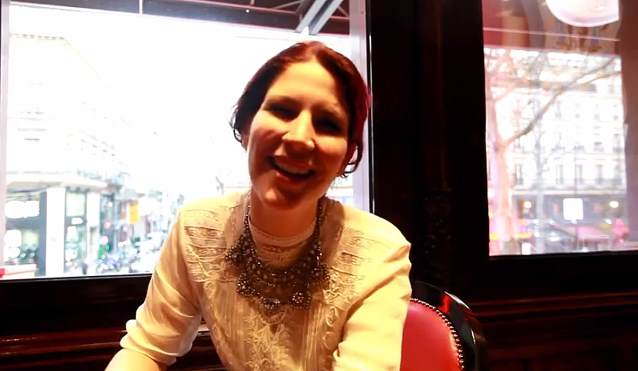 Nidhal Marzouk of La Grosse Radio recently conducted an interview with singer Charlotte Wessels of Dutch metallers DELAIN. You can now watch the chat below.

"The Human Contradiction" sold around 1,900 copies in the United States in its first week of release. The CD landed at position No. 8 on the Top New Artist Albums (Heatseekers) chart, which lists the best-selling albums by new and developing artists, defined as those who have never appeared in the Top 100 of The Billboard 200.

In a recent interview with Sonic Cathedral, DELAIN singer Charlotte Wessels stated about the band's "heavier" direction on "The Human Contradiction": "It is just how it evolved. I have been thinking about this because I know 'We Are The Others'… Well, I regard it actually as a very heavy record, but maybe that is more in the production than in the songs themselves. I have been thinking that maybe it has to do with the fact that, when we were at Warner, they were kind of pushing us to have a commercial mainstream single and stuff. Our solution was: 'Okay, we'll make a single version out of one song. We will make sure we like the single version, but we'll keep the album untouched as it is.' So I did not have a feeling that we were not trying to be heavy on our previous album. But yeah, there are a lot of things in there which are heavy. It also just has to do with the situations that we find ourselves in. The fact that we have toured for a month with Alissa contributes greatly to the fact that we asked her to sing on this record.

"People often ask me: 'Would you do something different if you would make that album again?' But I think that an album is also significant for the time and place that you are, as a band, at that moment.

"A lot of the choices were given by this time and this place that we found ourselves in when making this record, although we always want to have the fattest riffs and the heaviest sounds. Why it is here more heavily than on previous records? Yeah, it could have something to do with the way we went about having all these things back in our own hands, but I also think that a lot of it is just inspiration coming as it comes. Some things don't even let themselves be steered in a way like that."

Charlotte also spoke about the lyrical themes covered on "The Human Contradiction". She said: "The idea behind 'The Human Contradiction' is basically the contradiction which is talked about in this great work that I shamelessly stole this title from. The book is called 'Lilith's Brood' by Octavia E. Butler. The human contradiction there is explained as the combination of qualities in humans: we are both intelligent and hierarchic. Within this book, it is also explained that the most successful life forms, which are intelligent, are not hierarchic. Actually, this hierarchic aspect causes us to rank people over other people (or species over other species) and to pick random qualities in order to justify as ranking one over the other. This kind of very, very random selecting and ranking and dismissing of otherness is a very destructive (and often self-destructive) attitude, and this is how it broadens on the topic which was first introduced on 'We Are The Others' within the song 'We Are The Others', which was very much about 'otherness' within human beings. On this record, there are also songs that are about human attitudes towards non-human others, which (just as with human beings) are often picked by a random quality. For example, in our attitudes towards animals, it is the random quality of species that tells us: 'Well, we can hurt an animal, but not a human.' When actually, in our ability to feel pain, we are completely equal. So, it's about the randomness of the qualities that we pick, and then decide 'this one is higher than the other.'

"I have been obsessing about all these topics of otherness for the last couple of years, so it was bound to find its way into lyrics at one point or another, and it does in multiple songs on this new record. So I thought that 'The Human Contradiction' was a beautiful over-arching concept to tie that together." 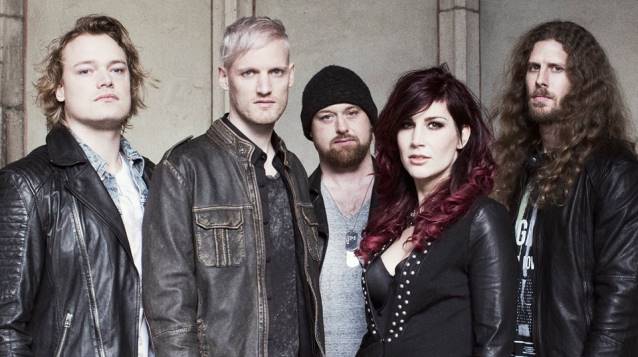