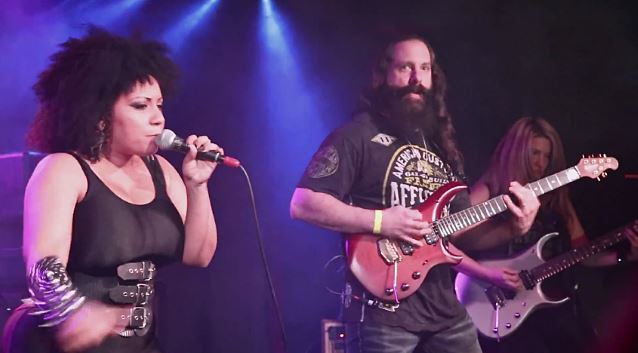 DREAM THEATER guitarist John Petrucci joined JUDAS PRIESTESS — New York City's all-girl tribute to metal masters JUDAS PRIEST — on stage on December 6, 2014 at Club Revolution in Amityville, New York to perform the PRIEST classic "Beyond The Realms Of Death". Video footage of his appearance can be seen below.

JUDAS PRIESTESS features in its ranks Petrucci's wife, Rena Sands, who is also the former guitarist in the all-female heavy metal band MEANSTREAK.

Rena and John live in St. James, New York and have three children together — twins Samantha and Renato, and Kiarra.

Asked by Attention Deficit Delirium if there is ever a chance that he and his wife might do a musical project together, John responded: "We would love to. We talk about doing that. It just depends on what the style would be and just finding the time to do that."

He continued: "She's such a great guitar player.

Regarding how he and his wife have managed to make their marriage work for more than 20 years, Petrucci said: "It takes a lot of understanding. I think [due to] the fact that my wife is a musician and is in the same career, she completely knows what's involved and is the type of person who is just unbelievably supportive.

"When you think about how much time I have to be away because of touring… It's an unconventional kind industry situation, and I'm in the studio for 10 to 12 hours a day. Meanwhile we had three kids, twins first, so she spent all that time raising them."

He continued: "I'm 100,000,000% convinced that I wouldn't be where I am today in my life and my career without her and that level of understanding, support and strength.

"It's unbelievable. It really is. The fact that she's able to give me feedback and that we can talk about things creatively and share ideas as I'm writing is just amazing. It's really, really cool."

Formed in 2009, JUDAS PRIESTESS has a worldwide reputation with acclamation from press and fans alike. With favorable notice from members of JUDAS PRIEST themselves, notably Rob Halford, K.K. Downing, and JUDAS PRIEST original founder Al Atkins, these women have successfully demolished anyone's preconceived idea of what a "tribute" band is, and especially an all-female tribute. They have carved a very special and distinct place for themselves in the over-saturated world of rock and roll with their original interpretations of the classic metal repertoire of that influential and legendary band. The stellar performances by the ladies of JUDAS PRIESTESS always wow the crowd with both blistering talent and the unmistakable hard-rockin' look that defines who they are. 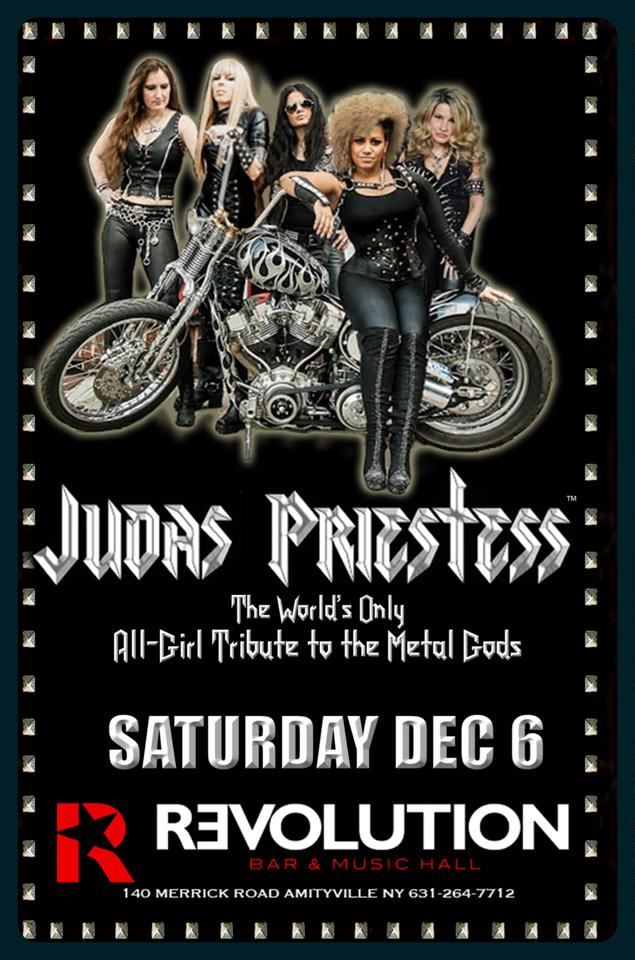