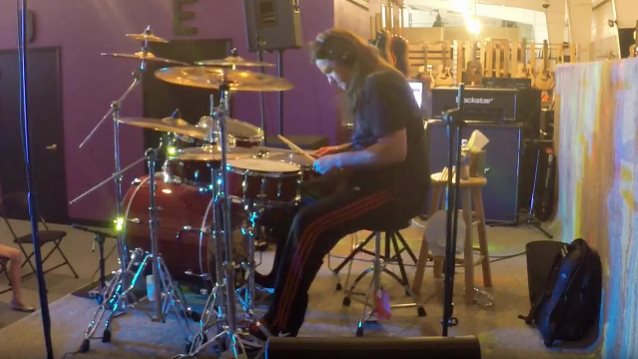 Video footage of Shawn Drover's (MEGADETH, ACT OF DEFIANCE) April 23 drum clinic at Everything Musical in Columbus, Georgia can be seen below.

Drover quit MEGADETH in November 2014 "to pursue [his] own musical interests." Guitarist Chris Broderick announced his departure from MEGADETH a few hours later, saying that he was exiting the group "due to artistic and musical differences." The duo has since launched a new project called ACT OF DEFIANCE with ex-SCAR THE MARTYR singer Henry Derek Bonner, and SHADOWS FALL's Matt Bachand (bass).

Speaking about his exit from MEGADETH, Drover told Revolver magazine: "Everybody's looking for the negative story, but there isn't one. Keep in mind, I was in the band for over 10 years. I was in the band longer than anybody besides the two Daves [MEGADETH mainman Dave Mustaine and bassist Dave Ellefson]. We had a really massive break coming up — about a year — and I thought to myself that if I was ever gonna branch off and have my own thing, it would be a really good time to do it. So that's pretty much what I did. I have nothing but good things to say about the whole [MEGADETH] experience. I wouldn't be talking to you right now if I hadn't been in that band. That's a fact."

Asked if Broderick's decision to announce his exit from MEGADETH the same day as Drover was a coincidence, or if ACT OF DEFIANCE was already in the works at the time of the announcement, the drummer said: "It was actually the same night. That was a coincidence, yeah. But, of course, we talked about where we were at in our careers and what we wanted to do in the future. Chris and I share a lot of the same vision musically and personally, and neither of us wanted to take a year off. We realized that we were both serious about doing something, so we decided to hook up and see where this path takes us."

In an interview with Metal Hammer magazine, Mustaine stated about Drover and Broderick: "The two guys that left were, I believe, unfairly treated by management: they didn't even say goodbye to me — that's how badly they were spoken to — and for that I'm sad. We spent a lot of years together and I wish them well." 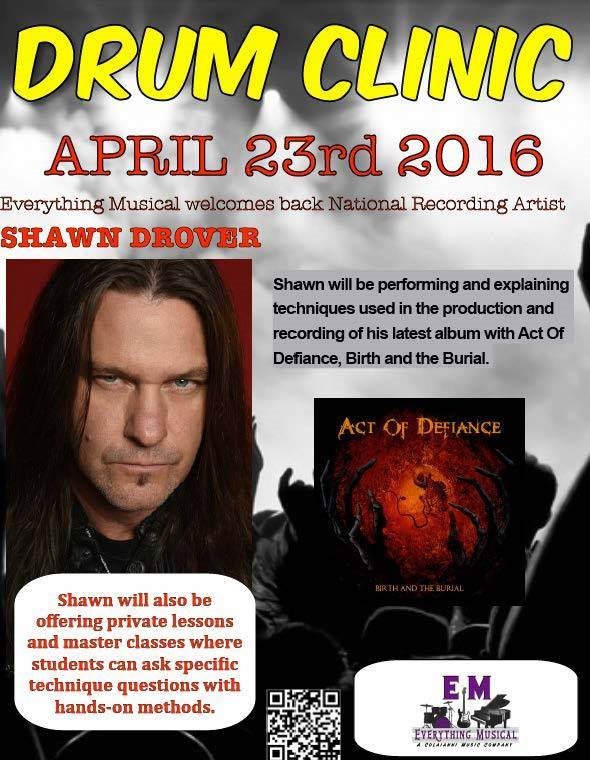