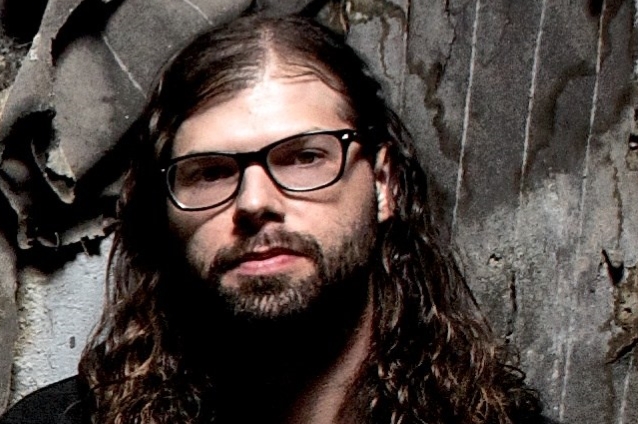 EYEHATEGOD drummer Aaron Hill says that he doesn't blame anyone for the incident last Sunday (July 7) when he was robbed and assaulted prior to the band's scheduled performance in Guadalajara, Mexico.

The 35-year-old musician was attacked by three men and a woman not far from the Forum Independence, the venue where the band was slated to play. The assailants reportedly threatened Hill a knife and left him with a five-centimeter wound on his left side. As a result of his injuries, he was unable to play the show.

Earlier today, Hill shared a photo of the bloody t-shirt he wore in Guadalajara on his Facebook page and included the following message: "I wanna thank everyone who's reached out to send their love and support these last few days, it really means a lot to me and I thank you.

"I'm home and doing well. I also wanna thank everyone at Foro Independencia and Show No Mercy for their help and a special thanks to everyone in attendance for showing up and understanding why we had to cancel.

"I don't blame anyone for the incident as this could've happened anywhere and I don't agree with any negative comments about Mexico. I think Mexico is a beautiful place with great people and I look forward to returning and playing again See you all soon"

The concert's promoter, Show No Mercy Promotions, said on social media that the members of EYEHATEGOD had "a driver at their disposal," but given the close proximity of the group's hotel to the venue, Hill opted to walk.

Hill joined EYEHATEGOD in 2013 as the replacement for Joey LaCaze, who died one year earlier.

Prior to hooking up with EYEHATEGOD, Hill played with fellow New Orleans units MISSING MONUMENTS and MOUNTAIN OF WIZARD.

I wanna thank everyone who’s reached out to send their love and support these last few days, it really means a lot to me...