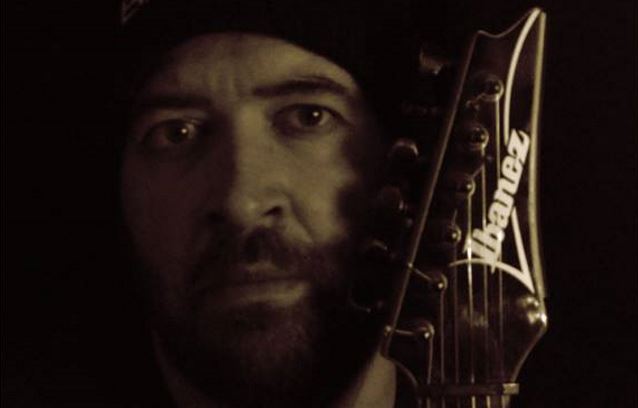 Regarding the formation of MONSTRANCE, Carlo said: "After CARCASS and BLACKSTAR, I always continued to write and record music, it's something I can't help doing. Around 2005, I acquired some recording software and just started recording these songs, playing all instruments, over the course of a couple of years. A lot of these riffs and ideas were knocking around from my CARCASS / BLACKSTAR days, some even predate that. I never intended doing anything with the material; it was just to keep myself busy, really.

"A couple of years ago, I moved to Fuerteventura, in the Canary Islands. On returning back to the U.K. to live, I thought about those songs I'd recorded but realised that I no longer had them. I asked Tony if he still had them and lo and behold, he still had them on his iPod. I listened to the stuff and actually really enjoyed hearing it again after all these years. I sent a couple of tracks to a couple of Facebook friends who'd been interested in what I'd been up to during my 17-year musical hiatus and the response was astounding! I was urged to send the tracks to labels because people were sure the material was very strong. The response from the labels has been nothing short of staggering, too. I then set about looking for guys who I thought would like to do this with me.

"Vocals was easy, Tony is my best friend and I've always wanted to do something with him, since our time in DEVOID together. Tony has a great dynamic range and powerful delivery, he's singing far better than he did with DEVOID, not that his vocals for DEVOID were lacking in, anyway. His new approach and delivery suits the music perfectly; he's a powerhouse!

"Both Tony and myself knew Ian from old; DEVOID had played with BENEDICTION back in the day and Tony actually stayed at Ian's house, Ian sold the drummer from DEVOID some drums etc, so it just seemed the obvious choice.

"Everything about this band has been done very carefully and with a lot of thought. There was never any intention of looking for huge, well-known musicians from the genre, it was more important to find good people, rather than look for credentials, the same goes for the live members, Steve and John. They are great lads who just happen to be great musicians.

"Hopefully, once pen is put to paper, we can set about recording the debut album.

"I've been asked a lot, 'is it death metal?' To me, it's just metal, albeit with downtuned guitars and extreme vocals. I guess if it is going to be categorised, it will probably be labelled as melodic death metal or something like that.

"I'm not interested in genres and I never have been, I'll leave that stuff to the journos. To us, it's just metal. We don't feel the need to attach a prefix to it, suffice to say; it is as crushingly heavy as it is melodic and catchy.

"Hopefully, we can get in the studio [as soon as possible] and unleash the album that metal world has been missing for the last 20 years!"