In 2010, SIN CITY SINNERS released two CDs of original music, "Exile on Fremont Street" and the all-acoustic "Broken Record". The SINNERS' music video, "Goin' To Vegas", received the 32nd annual Telly Award and the track "Numb" was nominated for an AVN award for "Best Original Song". 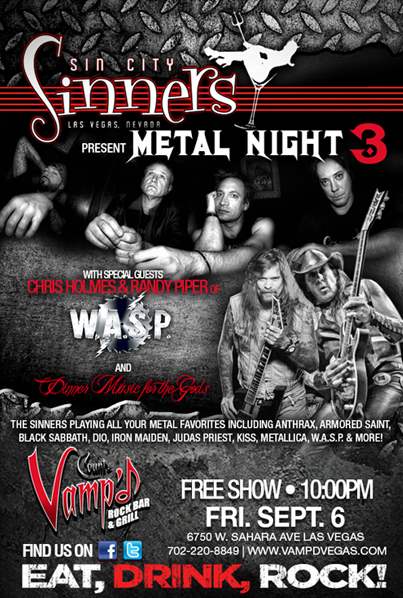