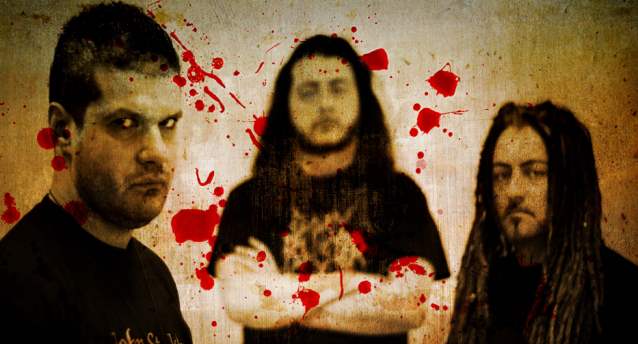 Italian technical death metallers GORY BLISTER have commenced work on their fifth album for a 2014 release. According to a press release, "the new songs have the classic style GORY BLISTER, but with a darker sound and refined, which pays attention to new arrangements and harmonic solutions. These unpublished directions taken by the band that will lead them to a new chapter of their careers, which will include eight new songs and a couple of live bonuses."

GORY BLISTER's latest album, "Earth-Sick", was released in April 2012 via Bakerteam Records. The follow-up to 2009's "Graveyard Of Angels" featured a guest appearance by NILE's Karl Sanders on two tracks, including "Soul-Borne Maladies".

Commented GORY BLISTER guitarist Raff: "Death metal is not about money, nor about fashion; it's a way of life that requires no compromises. We do this because we believe in it and we want to keep the flame high."