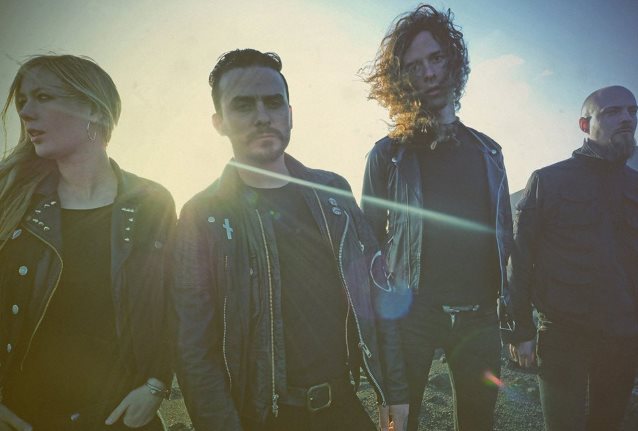 "Girl In A Vortex", the new video from Finnish/Swedish death rockers GRAVE PLEASURES, can be seen below. The song is taken from the band's new album, "Dreamcrash", which was released last September through Sony Music's Columbia label.

Formed out of the debris of the band BEASTMILK — the band that had indie kids, goths, punks and the music press dancing to their highly praised debut album "Climax" in 2013 — GRAVE PLEASURES are taking the concept of the apocalypse one step further. This time it's personal.

In May 2015, this impressive lineup entered the studio together with award-winning producer Tom Dalgety (KILLING JOKE, ROYAL BLOOD). The result is a complex and feverish set of modern rock songs. Urban tribal rhythms; potent melancholia; raw pop sensibility; irreverent ferociousness — "Dreamcrash" is seductive in its surrealism one minute, and a cold shower of harsh reality the next.

"I am concerned with a total collapse of our dreams," says Mat McNerney. "Hacking out this feverish, frantic and very uninhibited music, it exposes and lays raw some intense emotions. As we get deeper and closer to capturing the spirit of what we set out for this band to be, we are touching some vital nerves. It's getting under the skin, under the flesh."

The stunning artwork is made by Samantha Muljat at Bloodbank Design and can be seen below. 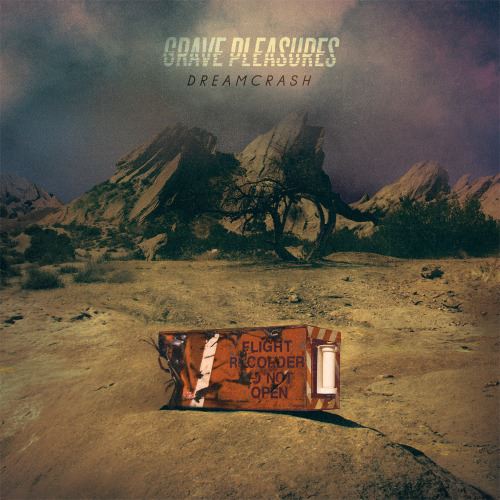