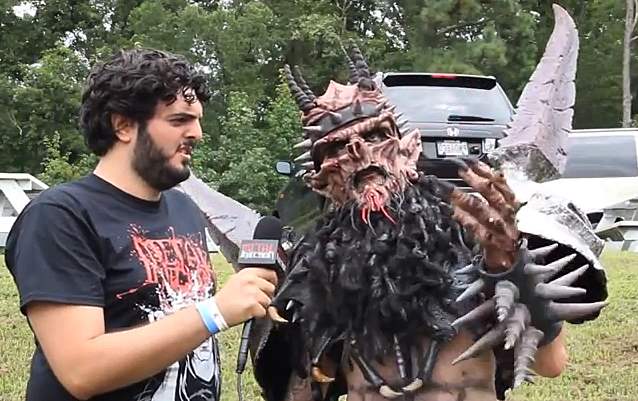 Metal Injection correspondent Robert Pasbani has posted a video report from the fourth annual GWAR-B-Q, presented by Ring-Dog Rescue and Slave Pit Inc., and backed up by the fine folks at Brown Distributing. The event took place on August 17 in Richmond, Virginia at Hadad's Lake Water Park and featured performances by such acts as GWAR, MUNICIPAL WASTE, CORROSION OF CONFORMITY, PIG DESTROYER, and the reunion of the legendary X-COPS. Check it out below.

"Battle Maximus", GWAR's first full-length studio effort since the loss of their longtime guitar player Flattus Maximus, is set to hit the streets on September 17 via Metal Blade Records.

GWAR's "Battle Maximus" features twelve brand new tracks that not only honor their departed ally, but tells the story of GWAR's latest struggle against what may be their greatest enemy yet... the insidious "Mr. Perfect", who has travelled through time itself to steal the power of GWAR — the power of immortality, and use this power to mutate the human race into his twisted vision of what the "perfect" human should be. Once again GWAR finds themselves as the only thing standing between the human race and the latest super-powered shithead bent on the destruction of GWAR and the enslavement of their worshippers. 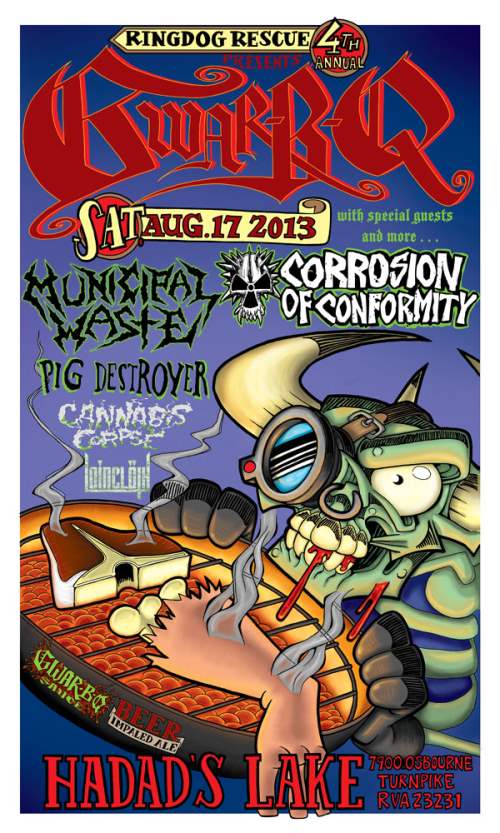