Behind-the-scenes footage from KAMELOT's August 31 performance at Centro De Bellas Artes Luis A. Ferré in San Juan, Puerto Rico can be seen below.

KAMELOT keyboardist Oliver Palotai is sitting out the band's North American tour so he can stay home with longtime girlfriend Simone Simons, (EPICA singer) as they await the birth of their first child. Filling in for him is Coen Janssen of EPICA.

KAMELOT's latest album, "Silverthorn", sold 5,400 copies in the United States in its first week of release to land at position No. 79 on The Billboard 200 chart. The band's previous CD, "Poetry For The Poisoned", opened with around 6,100 units in September 2010 to enter the chart at No. 74.

"Silverthorn" was released on October 30, 2012 in North America, October 26, 2012 in Germany and October 29, 2012 in the rest of Europe via Steamhammer/SPV. The CD marks the band's first release with Tommy Karevik, the Swedish vocalist who previously fronted SEVENTH WONDER (a group that he is still a member of).

Tommy first appeared as one of the guest singers on KAMELOT's very successful 2011 Pandemonium World Tour. 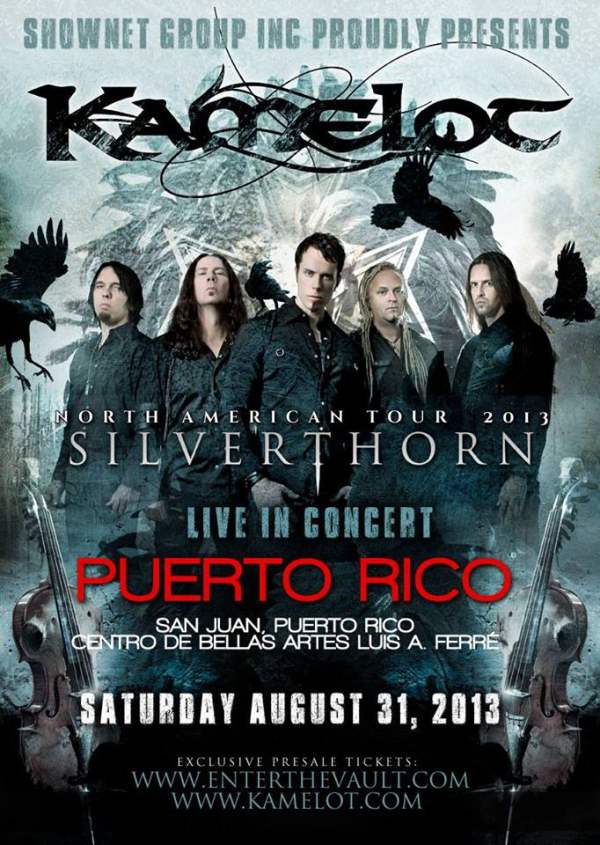