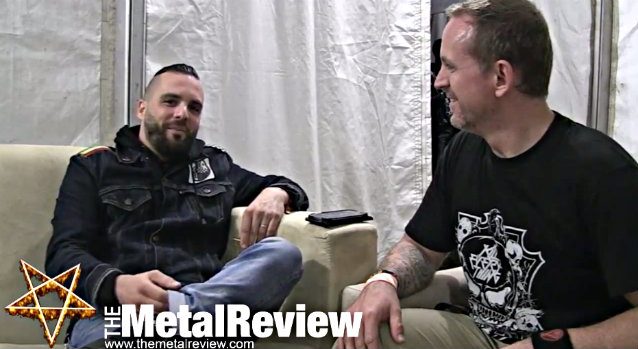 Vocalist Jesse Leach of Massachusetts metallers KILLSWITCH ENGAGE was interviewed by The Metal Review's David "Devo" Oosthuizen at the 2014 edition of South Africa's RAMfest festival, which was held in both Cape Town and Johannesburg from March 6 to March 9. You can now watch the chat below.

KILLSWITCH ENGAGE's fifth studio album, "Disarm The Descent", sold around 48,000 copies in the United States in its first week of release to land at position No. 7 on The Billboard 200 chart. The CD arrived in stores on April 2, 2013 via Roadrunner Records.

"Disarm The Descent" is KILLSWITCH ENGAGE's first album with original singer Jesse Leach at the vocal helm since 2002's now-classic, genre-defining "Alive or Just Breathing". Leach returned to the band in January 2012 after a decade-long absence. The artwork for the new CD was created by Mike D'Antonio.

In a recent interview with the Phoenix New Times, D'Antonio stated about the departure of singer Howard Jones and the return of Leach: "We hadn't played a show in about two years, so everyone was ready to just do it. I felt like we could've been doing so much with the time we had off, but we were just trying to figure out Howard's situation.

"When Jesse showed up to try out, he came into the room and everyone lit up and we were having a great time. We were so tired but we busted out like 16 songs in a row, and that was when we were tired, but it just felt so right.

"Jesse hasn't done a lot of touring so it's cool for us older dudes who are jaded from the road to see things through new eyes, from a different perspective of someone who really enjoys and respects where he's at. Not that we don't — but you know, just like every other job, you get used to it. His excitement gets us excited.

"As far as the fans go, people have been very open. There's always going to be people who like Howard and people who like Jesse, but I feel like we made a record that our true friends can really enjoy. We had two years off, and I was just pissed off because I wanted to write music. Maybe that's why the record is heavier. It's not as radio-friendly as the older stuff, [but] everyone seems to be embracing the new stuff.

"I'm excited for the future. It really hasn't felt like a band in quite a while, and now it really does. It feels solid and everyone's on the same page." 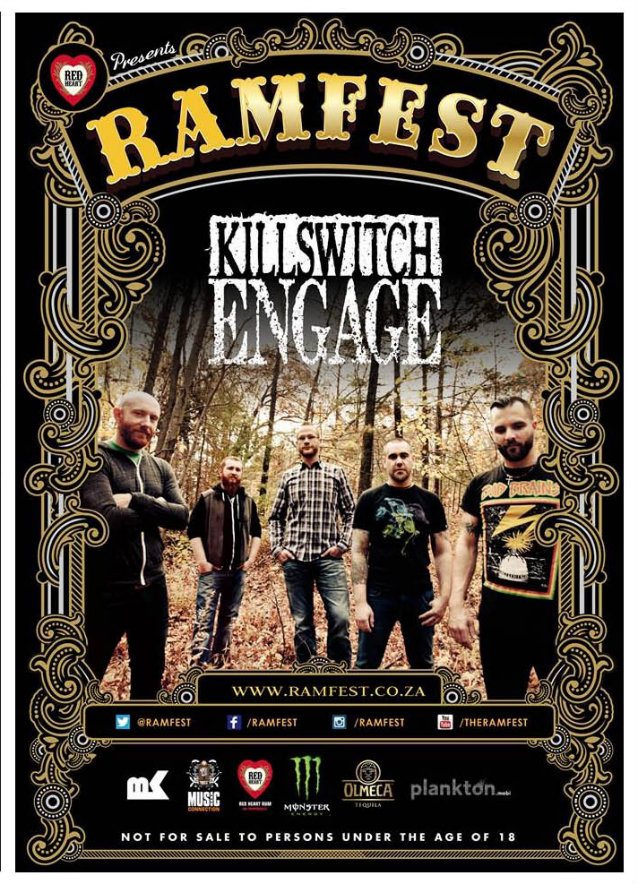