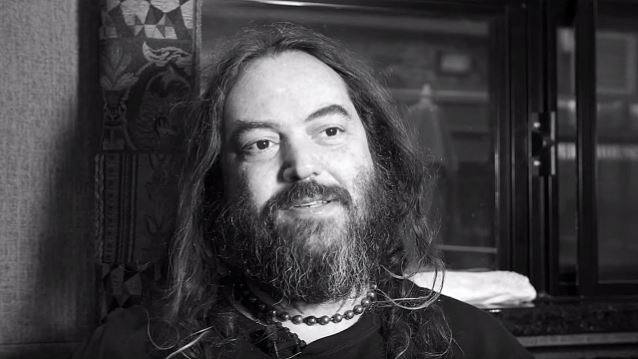 PureGrainAudio spoke to former SEPULTURA and current SOULFLY frontman Max Cavalera on October 14 at Toronto, Ontario, Canada's Opera House for episode 26 of "Tales Of Touring Terror". Check it out below.

SOULFLY has tapped Mike Leon (HAVOK) to play bass on the band's current North American headlining tour, which kicked off on September 30 in Los Angeles.

Handling bass duties for SOULFLY during the band's shows earlier in the year was Max Cavalera's son Igor, who also sings for the Phoenix, Arizona group LODY KONG.

Former STATIC-X bassist Tony Campos left SOULFLY in May and is now touring with FEAR FACTORY.

SOULFLY will embark on another U.S. tour with CROWBAR this November, following the Cavalera-fronted band's North American run with SOILWORK, DECAPITATED and SHATTERED SUN. Continuing with them on their campaign across the continent is SHATTERED SUN, along with the Phoenix, Arizona-based metal act INCITE.