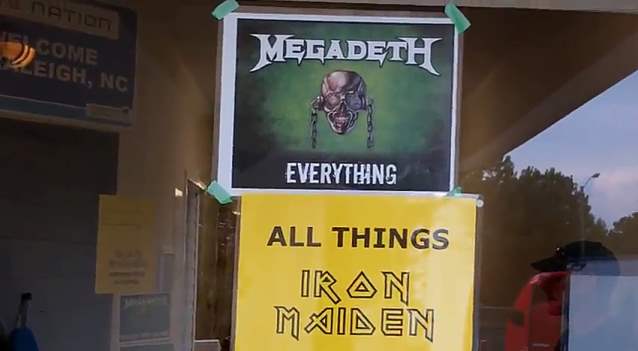 MEGADETH bassist David Ellefson has uploaded behind-the-scenes footage from the band's September 3 concert at Time Warner Cable Music Pavilion at Walnut Creek in Raleigh, North Carolina as the support act for IRON MAIDEN. Check out the clip below.

MEGADETH filmed a video for the "Super Collider" title track on May 10 in the Los Angeles area. California-based model, actress, singer and songwriter Hunter Elizabeth was cast in the lead role in the clip, which she says is "about a high-school couple still loving each other after all the years after graduation, and at the 10-year reunion, both characters find themselves successful (a model and a mathematician) and still very in love." 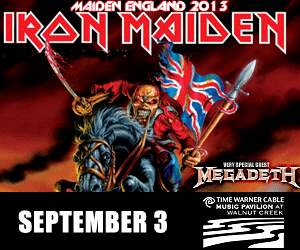