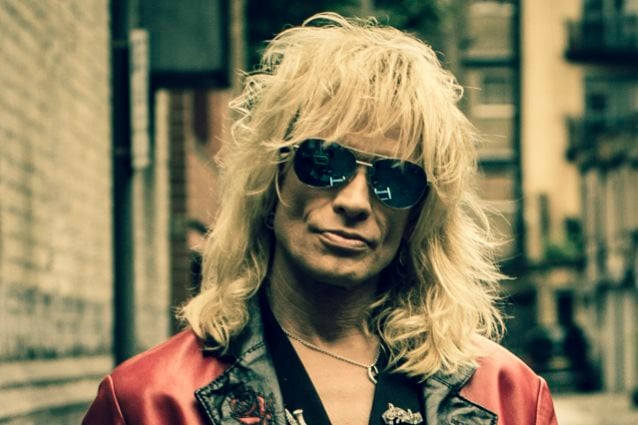 Josh Rundquist of That Drummer Guy recently conducted an interview with former HANOI ROCKS frontman Michael Monroe. You can listen to the full interview below. A few excerpts follow (transcribed by BLABBERMOUTH.NET).

On how his new solo career-spanning "The Best" compilation came to be:

Michael: "Since it's been 30 years since the release of my first solo album, 'Nights Are So Long', I figured it was a good time to put together a best-of compilation because there's never been one by Michael Monroe. There's stuff like the [self-titled] DEMOLITION 23 album that hasn't been available since it was released in '94; therefore [there are] four songs from that album. Mostly, it's about two songs per album through all of my solo albums. There's two CDs — the first one is the older stuff and the second one is the last three albums I made with my current band. There's like three songs from each of those albums and also the new single, 'One Foot Outta The Grave', and some other bonus tracks, 'Fist Fulla Dynamite', 'Simpletown', with outtakes from the last 'Blackout States' session. 'Get On' was a bonus track on 'Horns And Halos' that only came out before in Japan, and a collaboration with Slash. We did [STEPPENWOLF's] 'Magic Carpet Ride', the other version that was never released, that's on there. A duet with Stiv Bators (DEAD BOYS, LORDS OF THE NEW CHURCH) 'It's A Lie' that we did in '85. That is the better version that ended up on the 'The Nights Are So Long' album because Stiv was singing with me. On the album, I did it by myself. It was a good idea to put this out now since it's been 30 years. If you're interested in my career and what I'm about and my music and all of that, it's a great representation of what I'm about, really. Twenty-nine songs and many new ones is actually a pretty good release. I figured it was a good time for this one now. My band, my current band, we got a new album half-written already, but that's going to come out when the time is right. Yeah, this is a good time I thought for this to come out. There's never been one like this before. It's the right time."

On his career progression:

Michael: "I'd like to think I've gotten better and evolved over the years — that's what I try to do. Most people tell me the last three records I've made are some of the best stuff of my career. In my opinion, I agree. Also, I think that to me, it seems the 'Not Fakin' It' album and the DEMOLITION 23 album are the best ones from the past. It's interesting because there's also stuff I did on my own when I moved out of New York, out of Manhattan, straight into the middle of nowhere in the countryside in Finland. That's where the 'Peace Of Mind' album [came about]. I had no TV, nothing, I was right in the middle of the snow, chopping wood and there was lots of snow — real snow, not 'that kind' of snow. [Laughs] It was fun. I was making these huge snowmen in my driveway. It was a good time and I was really productive. I wrote the record in the winter of '96. I played everything myself on that except for the drums; same with the 'Life Gets You Dirty' album. Well, that was the bass player and the drummer, the rest I did myself, but it still sounded like a band. It was an interesting time. I think maybe the production wasn't as great as it could have been, but I've been getting better throughout the years. It's certainly nothing to be ashamed of. I feel pretty good about this stuff. It's interesting; it's a good retrospective. It's kind of like my [2011] autobiography [titled simply 'Michael Monroe'], which is not out in English yet. The HANOI book ['All Those Wasted Years'] is, but not the 'Michael Monroe' book. It hasn't been translated yet, but it will be before too long, that also puts things in perspective and time periods. Some of the times are kind of a blur. I think it was a healthy thing to do, to look at my career."

On whether he feels people have forgotten about "good old rock and roll":

Michael: "Not many do that anymore these days. When you don't hear it, whenever someone who necessarily doesn't like rock and roll comes to our show, they go 'I love it. I'm having a good time! I'm digging it; I'm digging the music and melody.' I think music needs to have melody. To me, anyways, now lately, the past few years there have been a lot of artists who mainly just talk over drumbeats or some people who just growl; that kind of metal stuff where they're all sounding similar when they're not singing any melody and they're growling [makes growling noise] and they're [singing] 'Satan!' and 'Devil!' and all that. It's repetitious and kind of boring and one-dimensional, to me. Besides, there's nothing cool about Satan or death or stuff like that. If you listen to BLACK SABBATH, just to point out that their lyrics were really on the light side, about God and love and Jesus and all of that, so it's a misconception that heavy metal is supposed to be about the devil. Rap music, I love the original GRANDMASTER FLASH AND THE FURIOUS FIVE because they had something to say. They had some content in the lyrics. It was like the punk thing, like what Bob Dylan did back in the '60s, he brought the edge back into the music with his lyrics, mainly. There was some cool stuff about telling the truth and shaking up the foundation of the establishment, that kind of raising questions, questioning the authority, telling it like it is while still having a good time. You don't have to switch your brain off to have a good time. Rock and roll, to me, it's always been about being yourself and being an individual and thinking for yourself and doing your own thing and being 'free.' Freedom of expression and everything."

"The Best" was released on June 30 via Spinefarm. The compilation contains two hours' worth of career-spanning music, re-mastered by Svante Forsbäck and sequenced by Monroe himself. 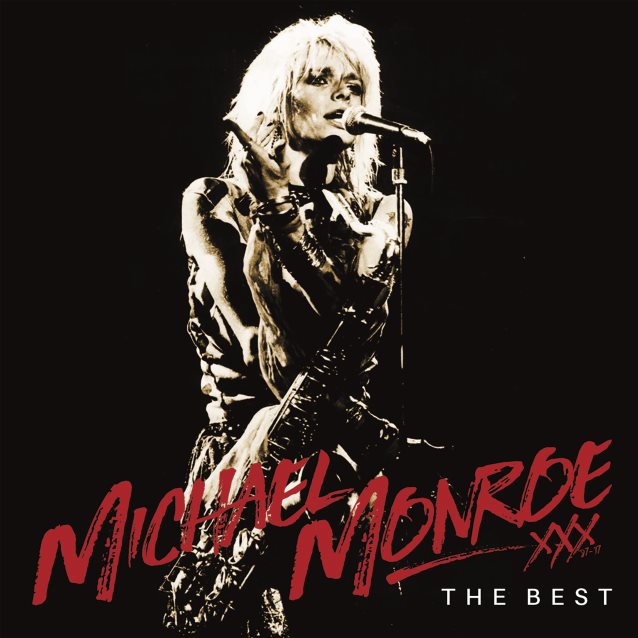