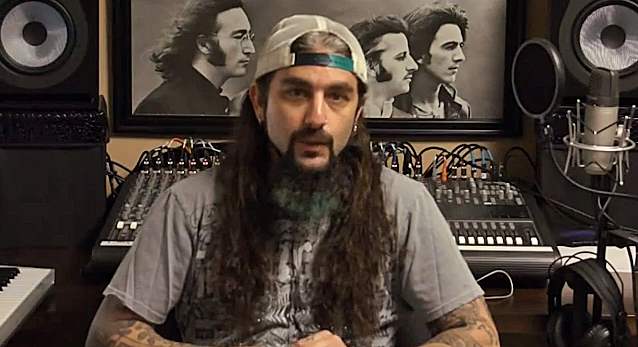 Drummer Mike Portnoy (THE WINERY DOGS, DREAM THEATER, AVENGED SEVENFOLD, ADRENALINE MOB) was interviewed on a recent episode of "Rockin' Rich Lynch On The Radio". You can now listen to the chat in the YouTube clip below.

Portnoy, who co-founded DREAM THEATER more than 27 years ago, abruptly quit the band in September 2010 while on tour with AVENGED SEVENFOLD. He has since been replaced by Mike Mangini (ANNIHILATOR, EXTREME, JAMES LABRIE, STEVE VAI).

Portnoy played on AVENGED SEVENFOLD's 2010 album, "Nightmare", following the death of that band's drummer, Jimmy "The Rev" Sullivan, and toured with them for the entire second half of that year.

Portnoy announced his departure from ADRENALINE MOB in June due to "scheduling conflicts." A replacement drummer has not yet been announced.

THE WINERY DOGS' self-titled debut album sold around 10,200 copies in the United States in its first week of release to land at position No. 27 on The Billboard 200 chart. Released in North America on July 23 via Loud & Proud Records and in Japan on May 15 via Victor Entertainment, the CD was mixed by Jay Ruston, who has previously worked with ANTHRAX, ADRENALINE MOB, STONE SOUR and STEEL PANTHER.