Coming on June 12, the CRÜE set includes the band's core catalog titles ("Too Fast For Love", "Shout At The Devil", "Theatre Of Pain", "Girls, Girls, Girls" and "Dr. Feelgood") with artwork. This product is an exclusive, limited run for RSD Drops.

Things are improving but in this continued unprecedented global situation, where production and shipping is still in a state of struggle, the focus of the RSD Drops is on bringing revenue to the stores — as well as to the artists, labels, distribution and every other business behind the scenes making record stores work, in a fiscally and socially responsible way. The spread of titles over two dates in two months allows some flexibility for the struggling vinyl pressing plants and distribution companies as well as provide stores time to prepare budgets and place the orders that safely get music into the hands of customers on a larger-than-normal release day.

What can music fans expect this year? There are approximately 450 RSD releases spread over the two months. That's about 50 more than they usually do for Record Store Day itself. There will be a bit more on the June 12 RSD Drop but the July 17 RSD Drop will have some heavy hitters, and a few surprises that haven't yet been announced.

The band has had 1.6 billion streams across digital providers and has over 8 million social media followers. In 2006, the band was inducted into the Hollywood Walk Of Fame.

A stunning live act, MÖTLEY CRÜE has taken its incendiary show across the world, selling over 100 million tickets globally.

2019 saw "The Dirt" released as a feature-length biopic. The film became one of the biggest releases of that year and scored a 94% positive audience score on Rotten Tomatoes.

MÖTLEY CRÜE's legacy and influence in the global music scene cannot be underestimated. 2021 is the year to celebrate the achievements of this extraordinary band. 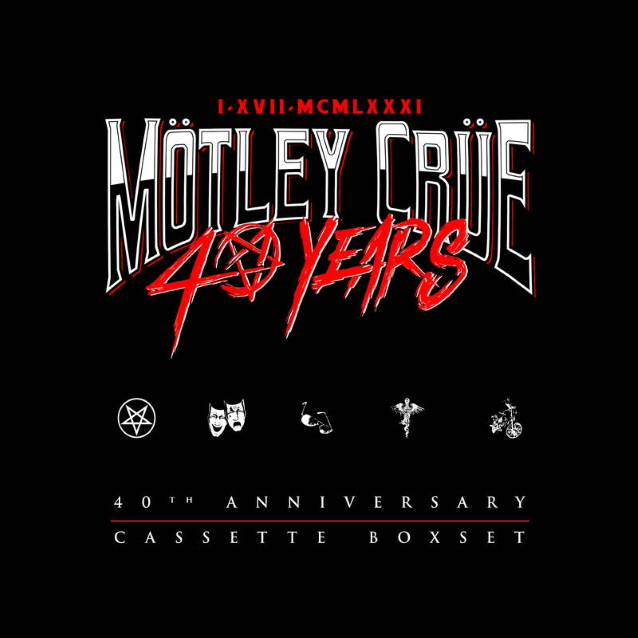