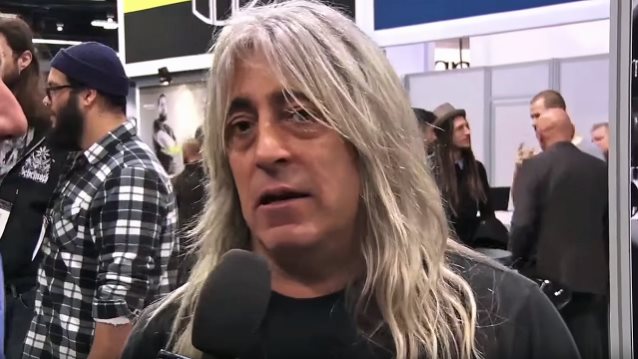 Vintage Rock's Junkman conducted an interview with MOTÖRHEAD drummer Mikkey Dee on January 22 at the NAMM show in Anaheim, California. You can now watch the chat below (captured and edited by Tom Riehl of Unriehl Productions).

Speaking about the reaction from the rock community to the recent passing of MOTÖRHEAD frontman Ian "Lemmy" Kilmister, Dee said: "It's more than unbelievable. I figured the day he said goodbye that it would be insane, but he left a much, much bigger hole in the music business and in everybody's rock heart, you know."

He continued: "He was such a legit, real, fucking true rock dude. There wasn't a fake bone in his body, which is unbelievable. I never met anybody like him.

"I had the pleasure of playing with him and knowing him very, very well, so I'm very honored."

Mikkey added: "I'm kind of happy, because he had a great life. He achieved so much. I think he could have stayed another ten, fifteen years on the planet, but, you know, he did it his way. He never compromised his beliefs in music or life. And he was a simple man. He was unbelievable."

Dee also reiterated the fact that he was always treated with respect by his late bandmate. He said: "We were brothers, you know. There was no [separation between] Lemmy and me and Phil [Campbell, MOTÖRHEAD guitarist] or… It was the three of us. We were the family."

He went on to say: "It's a big, big, big loss — personally and professionally — for the whole world. But, as I said at his funeral service, I had the pleasure and enjoyment of playing and hanging with this guy for such a long time that I feel more sorry for the rest of the world that never got to know him the way I knew him."