Former PANTERA and current DOWN frontman Philip Anselmo has been confirmed for the Mad Monster Party Gras 2013 horror convention, set to take place September 13-15 at the Sheraton hotel in New Orleans. Anselmo will appear at the event on Saturday, September 14 only.

There are a limited number of discount rooms at the Sheraton, so act fast to guarantee the Mad Monster discount.

As previously reported, Anselmo has joined forces with internationally renowned, best-selling true crime author Corey Mitchell ("Hollywood Death Scenes", "Dead And Buried") to create Housecore Horror Film & Music Festival, the ultimate underground, three-day horror and heavy metal fan event that will combine live concerts from some of the biggest bands in metal and hard rock with more than 70 screenings of horror, true crime, and heavy metal films, music videos, and more — and special guest appearances from three of the world's most revered underground directors of horror.

The Housecore Horror Film & Music Festival will take over the entire Emo's complex in the newly revitalized area of Austin, Texas for three days at the end of October.

The nefarious brainchild of Anselmo and Mitchell, the Housecore Horror Film & Music Festival spawned from a mutual love for all things horror that was discovered while the two were collaborating on Anselmo's upcoming autobiography (Simon & Schuster, 2014). Wanting to bring their passion for — and knowledge of — extreme music and horror films to legions of fans, Housecore Horror Film & Music Festival was born, with the goal of showcasing the best in a wide range of horror films — from the obscure to the extreme, from quality mainstream to the most unrepentant gore — and the heavy music that goes hand-in-hand with it. 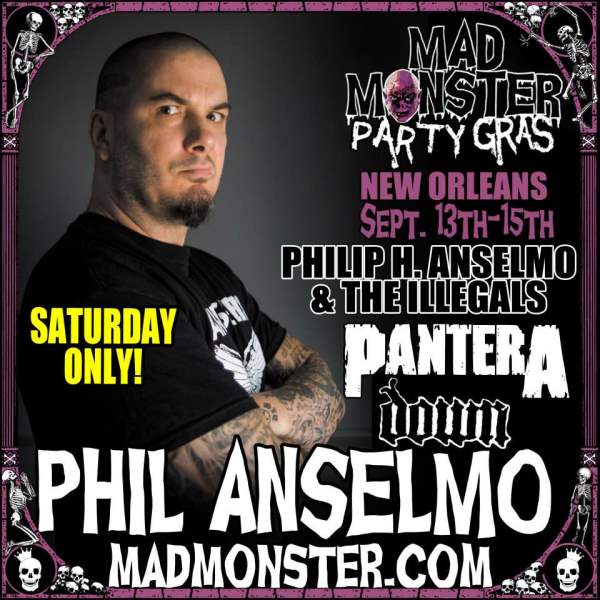