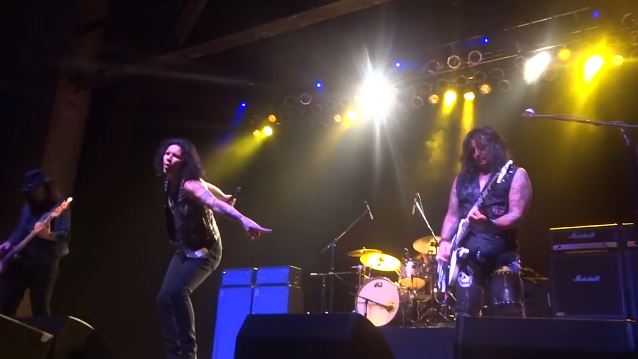 Fan-filmed video footage of QUIET RIOT's July 23 performance at The Paramount in Huntington, New York can be seen below.

QUIET RIOT drummer Frankie Banali told Loudwire about the new CD: "One of the things Kevin and I always took great pride in was to continue to record new music and release records even when we knew that in the deflated almost nonexistent music industry, records don't sell or are illegally downloaded. We continued to do it for the music, for the fans, for promotion and for self fulfillment. That was my mindset, to continue the recorded history of QUIET RIOT beyond the loss of Kevin. I wanted to do it because guitarist Alex Grossi had yet to appear on a QUIET RIOT record. This is also the first time in 18 years that Chuck Wright has recorded with the band. I also invited Rudy Sarzo to play on two songs; he last appeared on record with QUIET RIOT 12 years ago in 2001 and Tony Franklin on two tracks, who played bass on the 2006 'Rehab' record."

"We always prided ourselves in doing the best we could for QUIET RIOT and this is no exception.

"With the new songs, I know he would get it, and there is one song in particular which is my personal farewell to Kevin and very tongue in cheek. And don't expect it to be a ballad!

"The choices I made for the four live songs would be the same ones Kevin would have agreed with.

"Kevin and I had an understanding. I always expected to die before Kevin and we had both agreed that no matter who went first, the other would continue QUIET RIOT. That was set in stone years before Kevin died. I just never saw it coming and even knowing that Kevin was fine if I continued QUIET RIOT past his lifetime, it still took me three years of mourning to even think about continuing and here I am six years later still trying to get it right."

"I knew that resurrecting QUIET RIOT was going to be a major challenge and undertaking," Frankie said. "You simply don't replace a singer and personality like [late QUIET RIOT singer] Kevin DuBrow because he was the complete package, the real deal and my best friend.

"I never set out to replace Kevin, I set out to continue the band in his memory.

"It's not just about singing, performing, work ethic, priorities, perception and personality, it is about all of those things and so much more.

Regarding Pearl's addition to the band, Banali said: "We've all known Jizzy for many years and toured together but in separate bands. Kevin was quite fond of Jizzy and thought he was a good singer and very intelligent. Jizzy made sense because he has the range and timbre to handle the QUIET RIOT material while still bringing his own sound and style to QUIET RIOT, which I welcome with open arms. He's also a pro, which makes it easy to work with; he knows the drill of being in and working in a band."

Kevin DuBrow died in November 2007 of an accidental cocaine overdose. He was 52 years old. 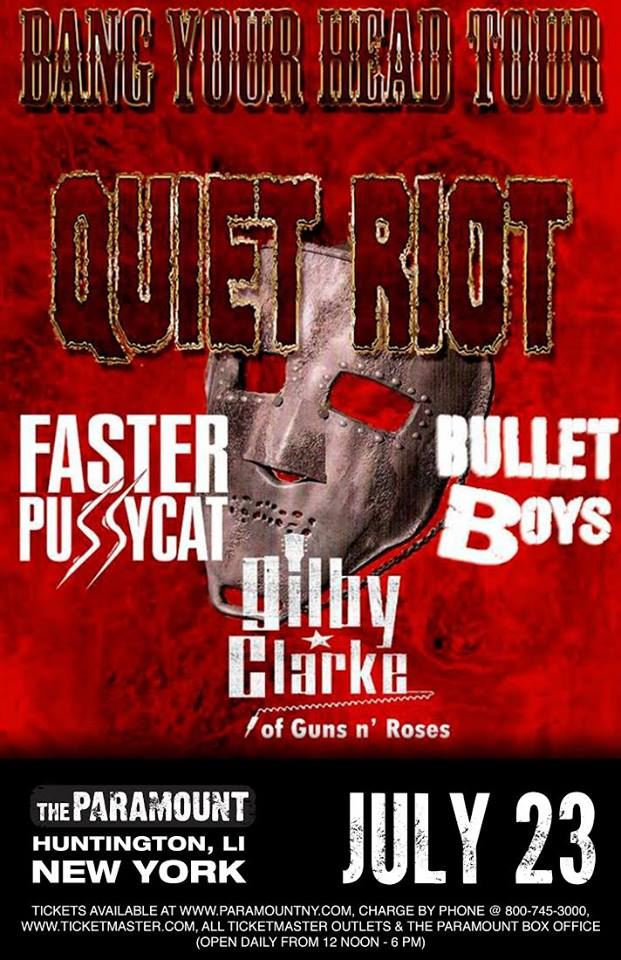