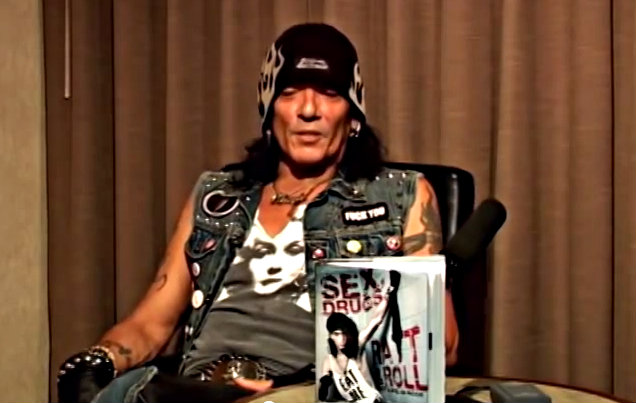 "We are deeply saddened to report that [RATT singer] Stephen Pearcy's sister has passed away. Due to this sudden and unexpected news, RATT will not be performing on the Monsters Of Rock cruise.

"We would like to thank all our loyal fans for their continued support and understanding.

"Our thoughts and prayers go out to Stephen and his family.

"We ask that you kindly respect Stephen's privacy during this difficult time."

RATT drummer Bobby Blotzer recently announced that he would sit out the band's appearance at the Monsters Of Rock cruise because he has not yet fully recovered from the neck surgery he underwent last October. Filling in for him once again was supposed to be Jimmy DeGrasso, who has previously played with Y&T, WHITE LION and MEGADETH, among others.

Blotzer previously missed three RATT shows in January. All three dates were played with DeGrasso behind the kit.

"Infestation" has sold more than 50,000 copies in the U.S. so far, according to Nielsen SoundScan.