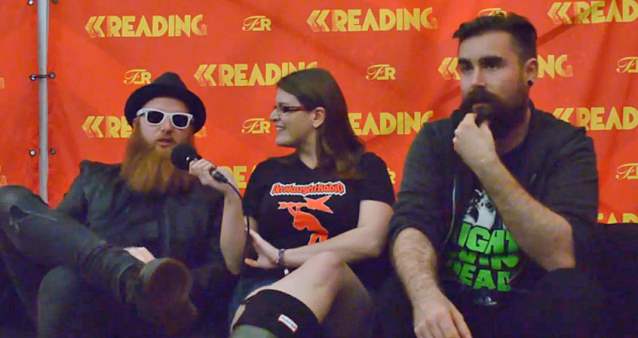 Onslaught Radio conducted an interview with the Welsh "ragga metal" act SKINDRED at last month's Reading Festival. You can now watch the chat below.

SKINDRED's new album, "Kill The Power", was recorded at The Chairworks studio in Leeds, United Kingdom with producer James "LeRock" Loughrey (PAGE & PLANT, FLUX PAVILION), who previously worked with the band on their 2011 album, "Union Black".

"We are more than excited to unleash this SKINDRED bomb on the world!

"'Kill The Power' is for all them that are sick of being the underdog, and wanna step up and destroy all those who oppress and hold them down! Use this album as a backdrop to overcome and take your life back!

"We ain't fighting the power no more — we are definitely killing it!!"

"Kill The Power" will be released through DoubleCross, the rock/metal imprint of Cooking Vinyl.

SKINDRED's distinctive mix of reggae, metal, punk and electronic has favored them throughout their career, having won Kerrang!'s Devotion Award and Metal Hammer's Golden God for Best Live Act in the past.

"Union Black" came out in April 2011 via BMG/7PM Records. The CD was recorded at Britannia Row Studios in London. 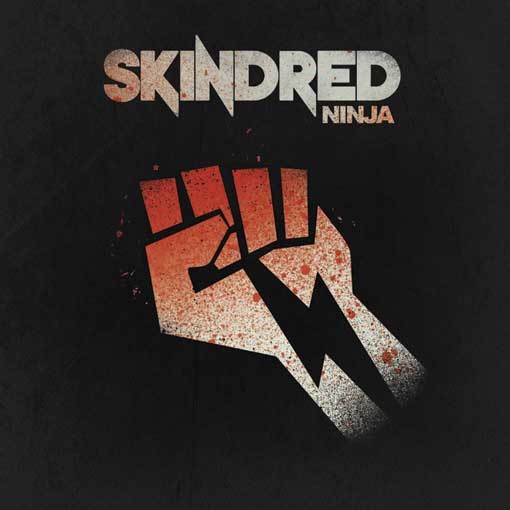