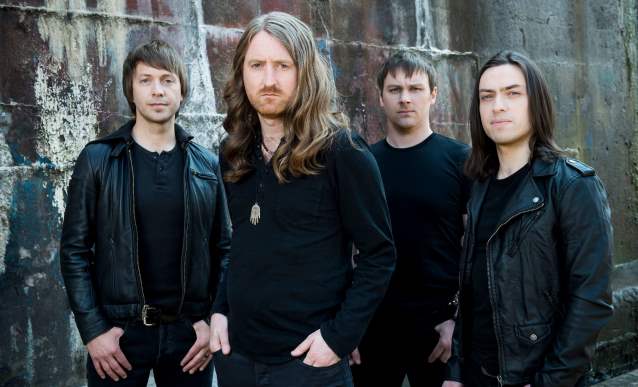 Audio samples of all the songs that are set to appear on "New Horizon", the fourth studio album from Irish rockers THE ANSWER, can be streamed in the YouTube clip below. The CD, which features mixes from rock icon Mike Fraser (AC/DC, METALLICA), will be released on September 27 in Europe and October 1 in North America via Napalm Records.

Since its third studio album in late 2011, THE ANSWER iinstigated a major shakeup in its circumstances and with new management, live booking agents and with new record label on board, late 2012 saw them enter the studio with ex-LITTLE ANGELS vocalist Toby Jepson at the production helm.

The band was honored and privileged that the late Storm Thorgerson and his team designed the artwork for "New Horizon" and Storm was working on the album cover design just before his sad passing. In a statement released by Storm Studios, they said: "Never one for looking back or resting on his laurels, Storm always got a thrill from working with young bands and from the idea of 'newness' in general. In his last few months, Storm and the Storm Studios team threw ourselves wholeheartedly into many new projects and 'New Horizon' was one of the last covers we designed together. As is our usual modus operandi, we interrogated the band at length about their music and lives, and listened to the album on repeat for a month. Our final designs were submitted to THE ANSWER very shortly before Storm died. The image itself came from our thoughts about endings and new beginnings, very poignant for all concerned."

THE ANSWER consists of Cormac Neeson (vocals), Paul Mahon (guitar), Micky Waters (bass) and James Heatley (drums) and their U.K. tour will kick off in Belfast on October 11. Australian band TRACER will perform as very special guests on the U.K. mainland run in what promises to be one of the finest rock tours at the end of 2013. 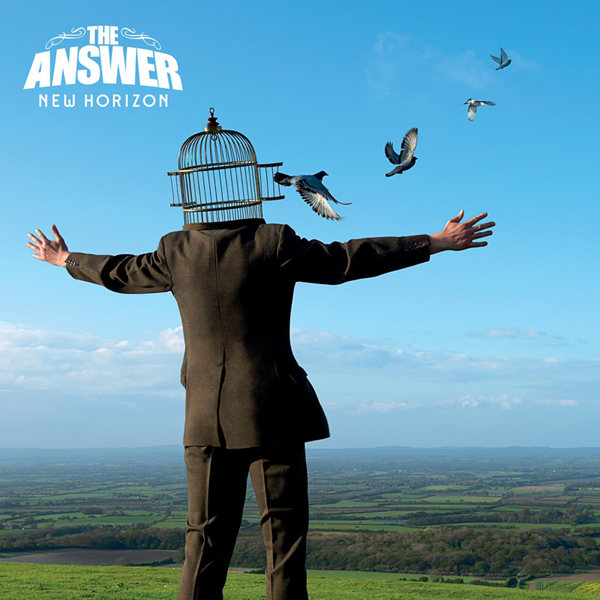