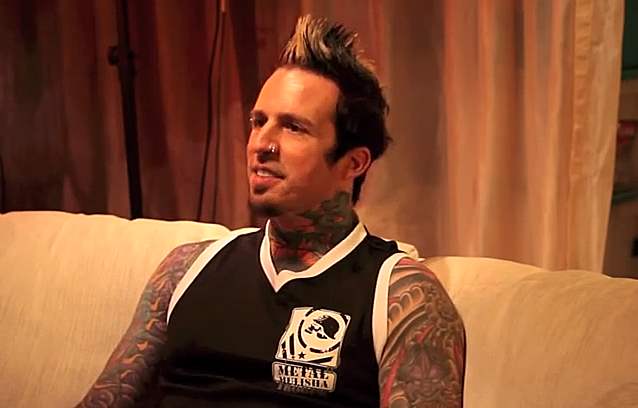 Earlier this year, Jeremy Spencer of FIVE FINGER DEATH PUNCH gave Drum! magazine an up-close-and-personal look at his time in producer Kevin Churko's The Hideout Recording Studio in Las Vegas, Nevada recording the band's new album, "The Wrong Side Of Heaven And The Righteous Side Of Hell Volume 1". Check out the second and third clips below.

"The Wrong Side Of Heaven And The Righteous Side Of Hell Volume 1" sold 112,000 copies in the U.S. to debut at No. 2 on the Billboard album chart. The record arrived in stores on July 30. The chart and first-week sales numbers are both career highs for the group, whose previous effort, 2011's "American Capitalist", sold 91,000 copies in its first seven days to enter the chart at No. 3.

The group's 2009 sophomore album, "War Is The Answer", moved 44,000 copies to land at No. 7. All three previous FIVE FINGER DEATH PUNCH releases have gone gold.

"The Wrong Side Of Heaven And The Righteous Side Of Hell Volume 1" is the first half of a two-record set, with the second half due to arrive on Novemeber 19.

After coming up with 25 songs for the album, the band first envisioned putting them out all together in one double-disc set, before deciding to split the collection into two separate releases.

FIVE FINGER DEATH PUNCH will kick off a headlining North American trek on September 15 at the Aftershock festival in Sacramento, California. 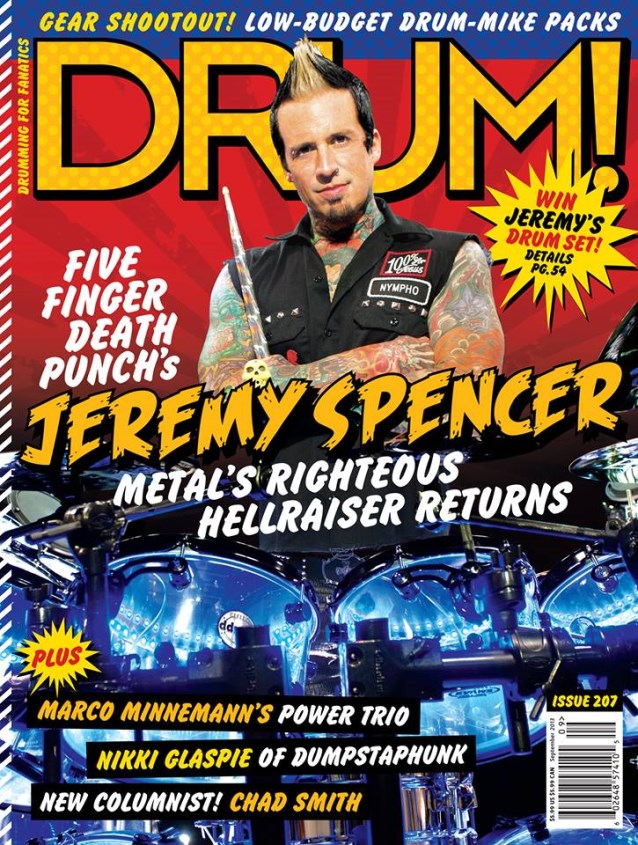