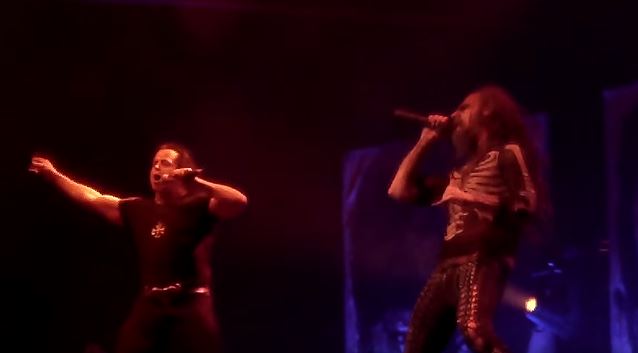 Horror-punk icon Glenn Danzig joined Rob Zombie on stage last night (Friday, October 30) at the Joint inside the Hard Rock Hotel Casino in Las Vegas, Nevada to perform the classic songs "Horror Business" and "Vampira" from Glenn's first band MISFITS. Video footage of his appearance can be seen below.

Danzig told Las Vegas Weekly about Zombie: "We're old friends. I took WHITE ZOMBIE out on the 'Danzig III' tour, and WHITE ZOMBIE did some dates with DANZIG in New York, too. The people that put out MISFITS records — Caroline [Records] — also had Zombie on their label, and they said, 'Can you put this band on the bill?' That was my first exposure to WHITE ZOMBIE."

Glenn will release his long-awaited covers record, "Skeletons", on November 27 in North America via Nuclear Blast Entertainment/Evilive Music. A labor of love that dates back to 1979, "Skeletons" sees Danzig pulling back the curtain behind his influences with a collection of ten covers spanning artists as diverse as Elvis Presley, ZZ TOP, and AEROSMITH to BLACK SABBATH, THE TROGGS, THE EVERLY BROTHERS, and more.

He told Louder Noise that his new studio album will probably come out next March, and that he intends to either shoot a series of videos or a movie to accompany its release.

Fire it up freaks it's Rob Zombie and Danzig on Devil's Night!! pic.twitter.com/w2kxUp05nu 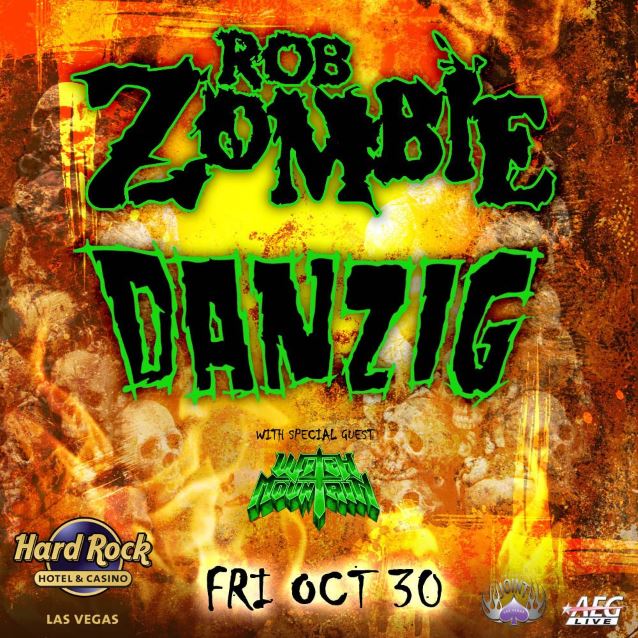