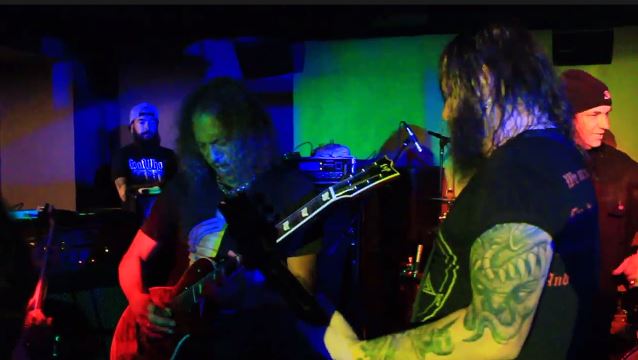 Fan-filmed video footage of METALLICA guitarist Kirk Hammett performing the BLUE ÖYSTER CULT classic "Godzilla" with his first band, EXODUS, on Friday, July 25 at at Kirk's "Fear FestEvil After Party" at the San Diego Comic-Con International can be seen below.

Hammett has revealed to RollingStone.com that he recently laid down a guitar solo on song "Salt In The Wound" on "Blood In, Blood Out", the new album from EXODUS. "It felt really casual, really cool — just like it did back in 1980 when we were all just hanging out back in the day," Hammett said. "Me, recording a solo on their album was a huge thing for me. Other than the EXODUS demo that's been heard by a lot of people, it's the only time I ever recorded with EXODUS. It was a huge thing for me."

He added: "I play a pretty cool solo, and then Gary [Holt, EXODUS guitarist] comes in and plays another solo, and you know what? I listened to that and thought, 'Wow, it's 1982 all over again and here we are, Gary and I are trying to cut each other's heads off with our guitar solos.' Nothing has changed much in the last 30 years. I love it. I love those guys. I've only known them for most of my life, so I'm really happy that I finally got to record with them."

Hammett was a member of EXODUS' original lineup before replacing Dave Mustaine in METALLICA in 1983. In fact, Hammett was not only the person who came up with the EXODUS name, but also the first from the band to meet original EXODUS singer Paul Baloff and brought him into the group. 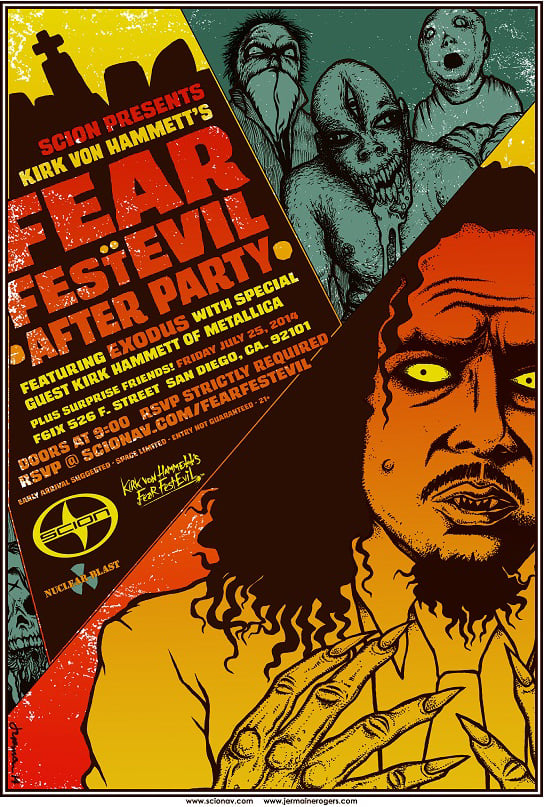