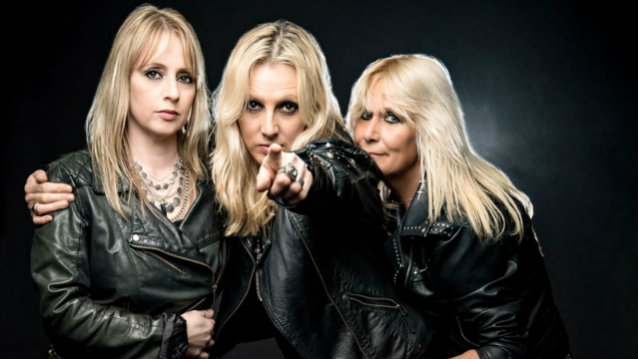 The reunited original lineup of ROCK GODDESS — the female power trio from the days of NWOBHM (New Wave Of British Heavy Metal) featuring sisters Jody and Julie Turner along with bassist Tracey Lamb — will release a new three-song EP called "It's More Than Rock And Roll" on May 19. The effort will be made available digitally via Cargo Records and as a physical CD, complete with a four-page booklet in a jewel case, through ROCK GODDESS directly. The first 500 copies will be signed and numbered.

The official video for the "It's More Than Rock And Roll" title track can be seen below.

Jody Turner wrote and produced all the songs on "It's More Than Rock And Roll", with Wes Maebe mixing and mastering the record.

According to a press release, the "It's More Than Rock And Roll" title track "is a mid-paced roaster that has genuine depth, yet a chant-a-long chorus to get everyone on their feet. The lyrics betray the GODDESS's complete immersion in the passion of this genre. 'Back Off' sees the band locked into an assaulting groove, one full of a spirit born from that essential-yet-so-often-elusive balance between virtuosity and aggression. 'We're All Metal' not only namechecks iconic artists across metal and rock's past and present, but is an anthem for all ages. From six to 96, it'll get everyone pumping out the horn sign!"

"It's been a long time coming, but we got there," says Jody. "We are so proud of this, and of each other. We hope people enjoy it as much as we want them to."

ROCK GODDESS was formed in 1977 in Wandsworth South London by Jody Turner (guitar and vocals) and Julie Turner (drums) when they were thirteen and nine years old, respectively. They recruited school friend Tracey Lamb on bass guitar.

ROCK GODDESS first rose to the nation's awareness when they were first featured in Kerrang! No. 5 in 1981 in the "Armed And Ready" section as one of the bands to watch out for. After recording a four-track demo tape and an appearance at the Reading Festival in 1982, sharing a bill with IRON MAIDEN, plus regular shows at the Marquee club, the band landed a contract with the A&M label. They recorded their eponymous debut album with producer Vic Maile in 1983 and hit the lower end of the charts. A follow-up album, "Hell Hath No Fury", arrived a year later, by which time Lamb had left the band to form SHE and later to join GIRLSCHOOL.

After their contract with A&M expired in 1987, ROCK GODDESS' already recorded (in 1985) third album, titled "Young And Free", was released only in France. The effort saw the band taking on a more commercial sound.

ROCK GODDESS' career was cut short by financial and contractual problems, which forced them to disband shortly thereafter.

ROCK GODDESS did briefly reform in 2009 and was due to play Hard Rock Hell festival in Prestatyn, and was also booked to perform at the Headbangers Open Air festival in Germany the following summer, but split before they had a chance to appear at either event.

In March 2013, it was announced that the original ROCK GODDESS lineup had reunited and would start recording a new album. 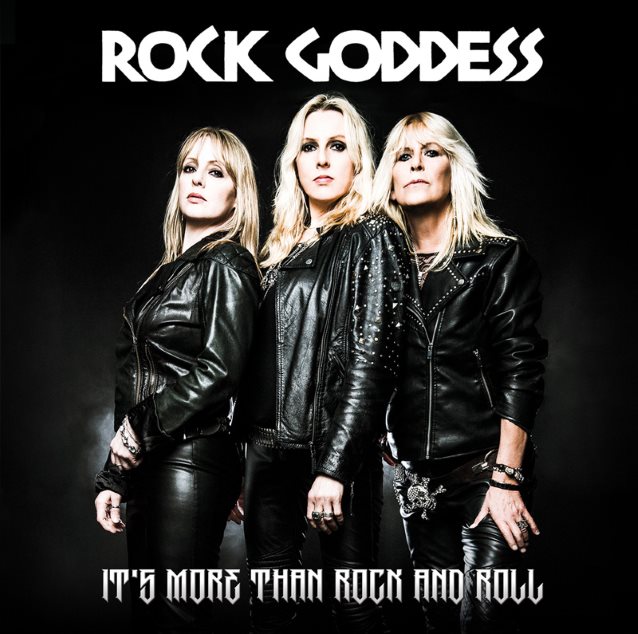