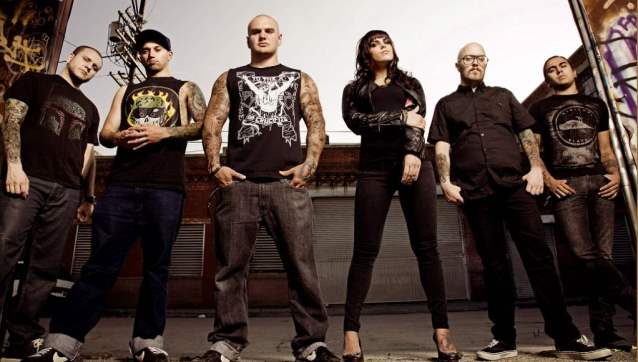 Southern California metallers WINDS OF PLAGUE have completed work on their fourth album, "Resistance", for an October 29 release via Century Media Records. The CD was recorded with producer Will Putney, who has previously worked with SHADOWS FALL and SUICIDE SILENCE, among others.

WINDS OF PLAGUE last year parted ways with drummer Art Cruz due to creative differences. Sitting behind the kit during the studio sessions for the new album was Brandon Gallindo (ex-DEAD IN EXISTENCE).

WINDS OF PLAGUE's third full-length CD, "Against The World", sold 8,700 copies in the United States in its first week of release to debut at position No. 60 on The Billboard 200 chart. Released on April 19, 2011 via Century Media Records, the effort featured guest appearances from members of HATEBREED, TERROR, FOR TODAY, STRAY FROM THE PATH and former world heavyweight wrestling champion and sports entertainment legend Ultimate Warrior (who performs an epic spoken-word track entitled "The Warrior Code").