Luka Sulic and Stjepan Hauser, the Croatian cello duo known as 2CELLOS, has released a music video for their version of the QUEEN classic "The Show Must Go On" as a tribute to Freddie Mercury, who passed away 25 years ago.

The world may be coming to an end in their new video, but even that doesn't stop Luka and Stjepan from doing what they love to do the most — rock out on their cellos!

"We chose this song in celebration of the legendary Freddie Mercury," said 2CELLOS. "'The Show Must Go On' is a dramatic and larger-than-life song and we wanted our video and interpretation of the music to reflect that."

The track is available now via all digital music outlets.

2CELLOS, which is currently on tour in Australia, celebrated its fifth anniversary this summer. The duo rose to fame after releasing a rendition of Michael Jackson's "Smooth Criminal".

At the start of 2017, 2CELLOS is expected to release its fourth studio album for Sony Masterworks/Menart. The effort will be dedicated to famous movie themes.

The video for "The Show Must Go On" was filmed in Zagreb at the Trešnja theatre and was directed by Zdenko Bašić.

In a 2014 interview with Thorium, Eicca Toppinen of Finnish cello rockers APOCALYPTICA stated about 2CELLOS: "That's kind of funny. These guys, they are talented and everything, but what has been funny also for me is to see that they are treated like they invented something. It's, like, 'c'mon, we did this 20 or 30 years ago. Where's the beef? You know. [Laughs] But I don't know why they became so big. Maybe because the time different, and there's YouTube…" APOCALYPTICA's Mikko Sirén added: "Elton John did a lot for them. I think they were supporting him. And they are great. They are talented musicians. Hats off to them." Toppinen continued: "Yeah, they are very good. No bad word about them. I think more it's funny for the media and for the people. But maybe [because we live in this] Internet time and YouTube time, [where] things spread so massively fast. It's so different than [it was] at the end of the '90s. You might get a video on MTV, in night rotation, [like] we did, but still, it's marginal [compared to the way it is today]"

He continued: "I saw the [2CELLOS] video. I checked it [out] — because of the social media, these kinds of video clips, they are spread, like, in one second. Everybody is sharing it: 'Oh, this is so great. This is so great.' And I checked the video, and I was, like, 'Ahhh…' This is, like, still working on the really old-school stereotypical thinking that having this baroque style of concert audience, and then, 'We're doing something really heavy.' [Laughs] But it's great. It's a lot of fun." 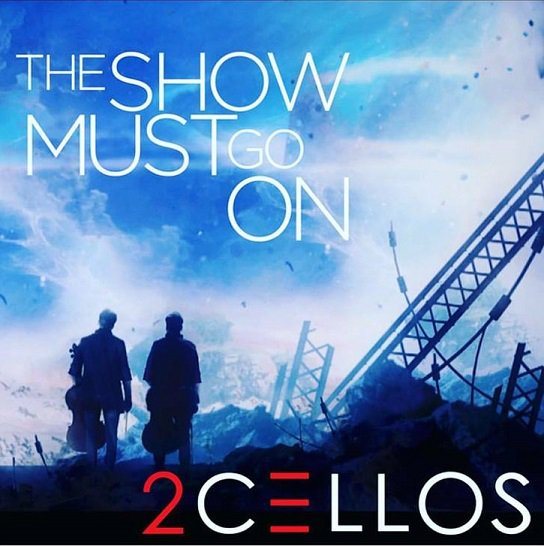