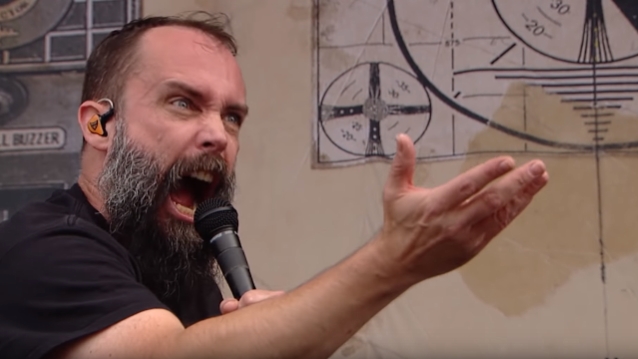 Maryland rockers CLUTCH have announced the details of their December 2019 annual U.S. tour. The trek kicks off December 27 at Bogarts in Cincinnati, Ohio and ends with a special New Year's Eve show at Union Transfer in Philadelphia, Pennsylvania. Main support on all dates will be THE STEEL WOODS from Nashville, Tennessee. Guitarist, singer and songwriter Damon Johnson will open all shows except Asheville, North Carolina. TYLER BRYANT & THE SHAKEDOWN will open the Asheville show.

Tickets go on sale this Saturday, September 28 at noon ET via www.pro-rock.com.

Over the past few months, CLUTCH has released several new studio recordings that comprise the newly launched "Weathermaker Vault Series". This is the first new official music CLUTCH is making available since the release of their critically acclaimed album, "Book Of Bad Decisions".

The first three singles ("Evil", "Precious And Grace" and "Electric Worry") were mixed by six-time Grammy Award winner and CLUTCH collaborator Vance Powell (WOLFMOTHER, THE RACONTEURS, ARCTIC MONKEYS) and are available now on all digital platforms.

CLUTCH is currently on a U.S. fall tour with DROPKICK MURPHYS, along with hardcore/metal veterans HATEBREED as direct support. 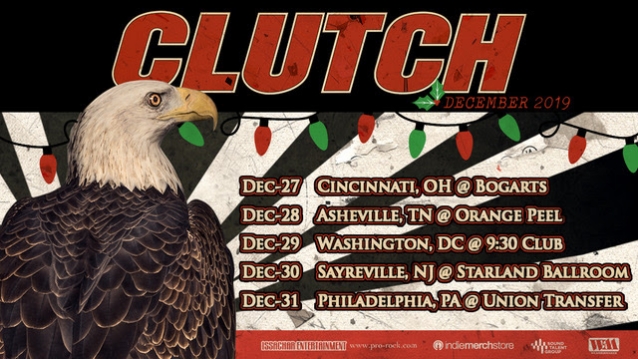