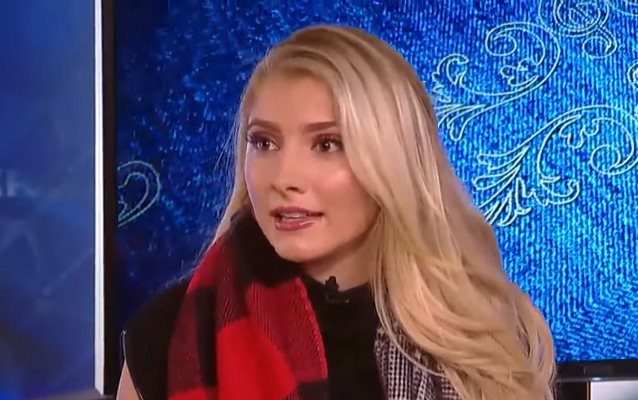 Asked what advice she got from her father about the music business, Electra said: "I was very fortunate to have grown up with him as my father and in the house, because he's done a lot and had a lot of platinum records and awards, etcetera, etcetera. But, yeah, he's offered me invaluable advice about how the business works and things to look out for, things to make sure you pay attention [to]. Songwriting… It's funny, because when I first came to Nashville, my first song I wrote we wrote in an hour. And to this day, he'll tell you, 'I can't believe in country music they write songs so fast. It takes me, like, a month,' and stuff like that. So it's very different. But I have grown up with a very good counselor."

Electra also spoke about the reality-show pilot that she and her family completed last year that they're seeking to premiere and turn into a series. It follows the Mustaines as they relocate from Los Angeles to Nashville.

"We wanted to kind of just expand and share a little bit of our personal life with the world," she explained. "So we did film a pilot for a reality show. And we got very busy, so we are all kind of in the mix of me watching career and my dad with his great album that came out, so we're just kind of focusing on things that are, like, 'Okay, we've gotta do this first,' and then we'll go from there and see what happens with the reality show. We don't know. We'll see."

Dave Mustaine told WSMV-TV that his family's move to Nashville was prompted largely by his daughter's decision to launch a country music career. He said: "She wanted to sing country music. She's great at it. Not all parents have the luxury where they can do what they want for their children. I believe that most really good parents wanna do as much as they can. For us, we were blessed to where I was able to uproot my life and come out here for her. And she's a natural; this is what she wants to do and she's been really great it. So I'm honored. I'm flattered. I remember the first time I heard one of her finished songs. I was out on tour, I put the song in and listened to it, and I actually fell back into my seat. I was, like, Wow!' She's not like one of those celebrity brats that can't sing, that their dad's going to cash in all their beer coupons and say, 'Hey, play my kid.'"

Electra in September released a lyric video for her new single "Life Is Good". An original song co-written by Electra Mustaine, Nathan Chapman and Blair Daly, it features a guest appearance by accomplished country artist Steve Wariner, performing guitar. The lyric video was shot on location at the Mustaine farm in Franklin, Tennessee. Electra found inspiration on her farm for her original creative concept of the video which she directed. "Life Is Good" is currently available for purchase on iTunes.