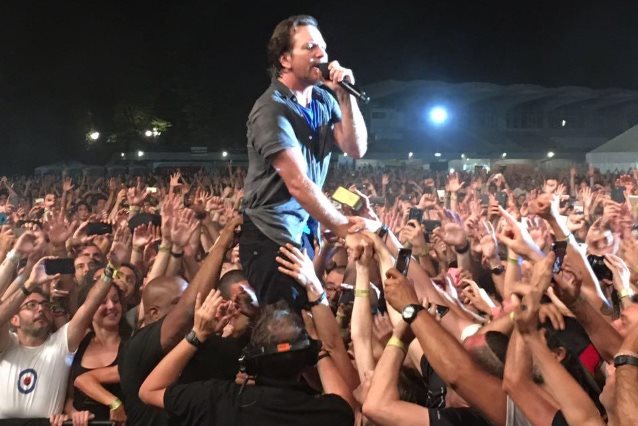 This past Saturday (June 24), fifty thousand people attended the first annual Firenze Rocks festival in Florence, Italy to witness an unforgettable concert, the largest of PEARL JAM singer Eddie Vedder's solo career. Evening at the Visarno Arena was the backdrop, where Vedder played as the headliner for his biggest crowd as a solo artist. Fireworks for the celebration of Saint John, patron saint of the city, served as a prelude to the start of the memorable concert that lasted over two hours.

Vedder was cheered on by thousands of fans at the show, which he pointed out in Italian before performing was his "most important." On the stage, the set was simple with only the help of his guitars, a ukulele, a banjo and most notably his voice, a hypnotic instrument, to charm the audience at Firenze Rocks. Vedder showcased an irresistible set list from PEARL JAM classics, acoustic songs from the "Into The Wild" soundtrack, covers by PINK FLOYD and Neil Young, and even a touching rendition of "Imagine" by John Lennon for a concert of a lifetime. 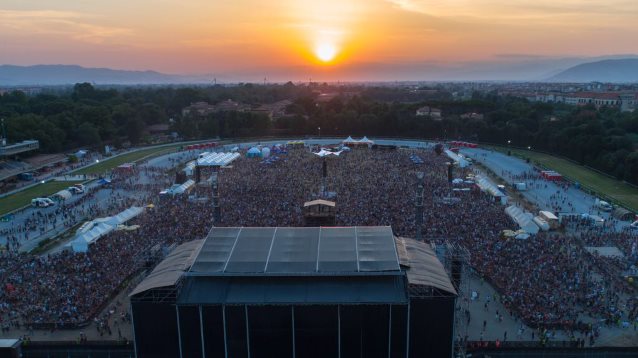 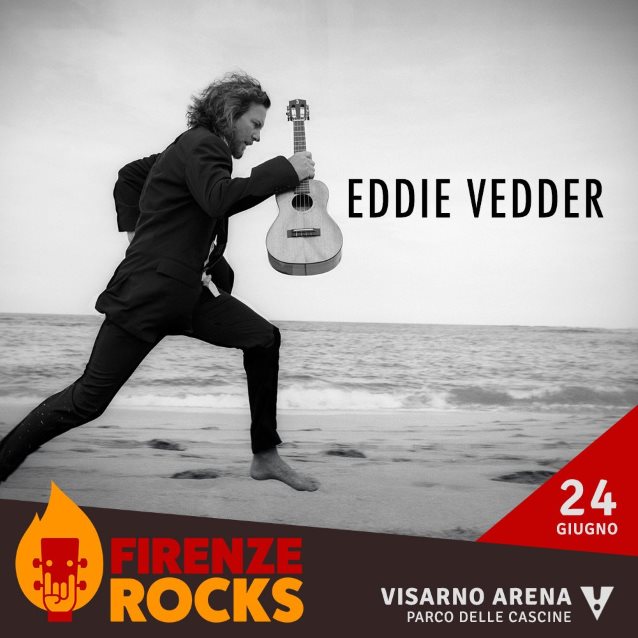