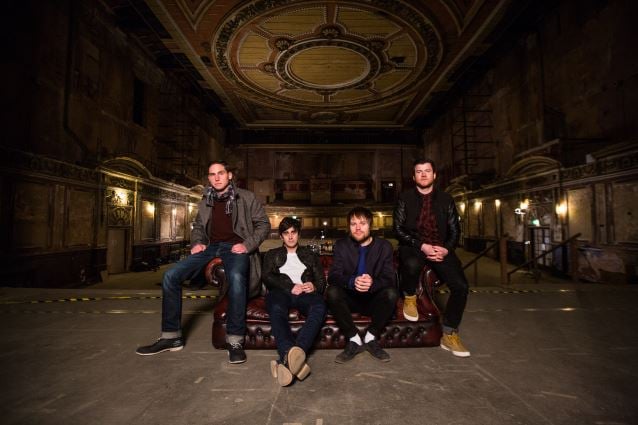 Ahead of their February 2016 headline show at London's Alexandra Palace that closes their U.K. tour, ENTER SHIKARI went into the venue in December 2015 to visit the site and to record a short acoustic set for a small audience of friends and competition winners.

Rather than use the 10,000-capacity space that will house the full-blown "arena rock show," Ally Pally offered the band the use of the seldom-seen-by-the-general-public Victorian Theatre for the recording. The theatre, largely unused in this century, is a hidden gem behind the main building. A 2500-capacity ornate room that has, over the past 100-plus years, served as not only a place of entertainment but also a haven for Belgian refugees, a BBC props store, and a German internment camp.

Footage from the set has been released via the band's YouTube channel today, and three of the tracks will be available for streaming and download as a "Live & Acoustic At Alexandra Palace EP" via all outlets from Monday, February 1.

ENTER SHIKARI's U.K. tour — which the band recently announced would utilize quadraphonic surround-sound — starts on Thursday, February 18 in Glasgow, and ends up at Alexandra Palace on Saturday, February 27 before heading out to Europe.

Support for the U.K. dates comes from THE WONDER YEARS and THE KING BLUES.