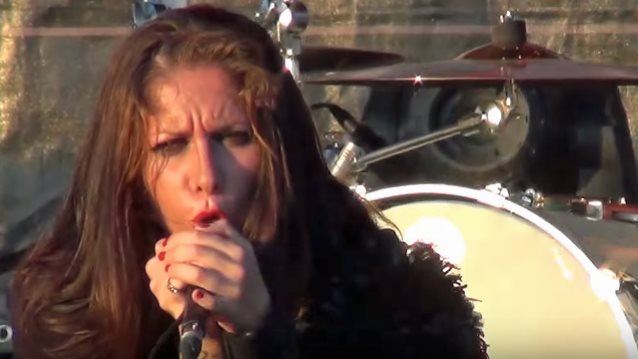 French metallers ETHS will reunite with their original lead singer, Candice Clot, for two final shows before calling it quits: April 8 at Le Moulin in Marseille and April 30 at Le Trianon in Paris.

Clot left ETHS for personal reasons in 2012 and was replaced by Rachel Aspe. Rachel's vitriolic vocals fit perfectly the pounding riff barrage of the band's modern metal style, which was demonstrated on the 2014 EP "Ex Umbra In Solem" and this year's "Ankaa" full-length.

ETHS commented: "These last few years, a number of ordeals slowly pushed us towards different musical yearnings while dulling the fun that we have had playing as a band.

"ETHS has always been about honesty and fun, but we have to face the fact that our hearts are not in there anymore. Therefore, we made the joint decision to call it quits —- in order to fully focus on our separate musical endeavors and to find our joy in music again.

"From the bottom of our hearts, we want to extend our deepest thanks to all the fans, old and new, who supported the band through thick and thin. Thank you also to all musicians, road crews, bookers, radio DJs, directors, graphic designers, photographers, producers, journalists, and all other professionals of the music business, who helped us out in one way or another along the way. We have experienced unforgettable moments thanks to all of you and we will cherish those times forever.

"We are excited to announce that we will reunite in our original lineup for last two remaining gigs, which will be dedicated to the memory of our two friends Mika Bleu and Ju Isilion, who passed away far too early. We will close our ETHS adventure in style!"

ETHS was founded in Marseilles and rapidly managed to conquer the covers of French music magazines following the wildfire success of their EPs "Autopsie" (2000) and "Samantha" (2002). Debut album "Soma" (2004) saw the band open for CHILDREN OF BODOM and CRADLE OF FILTH in France. With the follow-up, "Tératologie" (2008), ETHS demonstrated its experience and maturity grown out of playing hundreds of shows. When time came to release third opus, "III", the band took the challenge abroad by releasing four English versions of the original French songs on an international edition.

Rachel played her last show with ETHS on December 3 at Le Chabada in Angers, France. 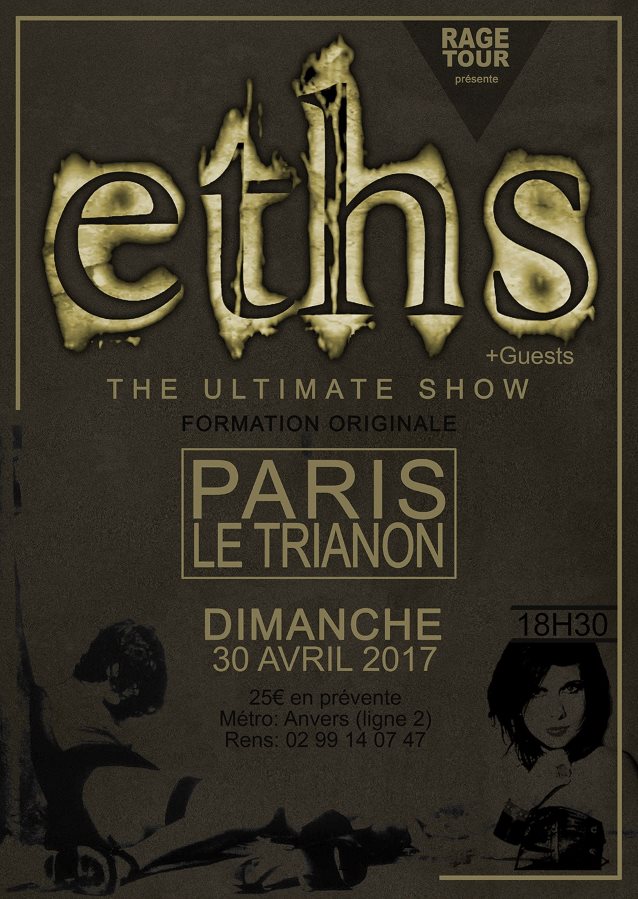