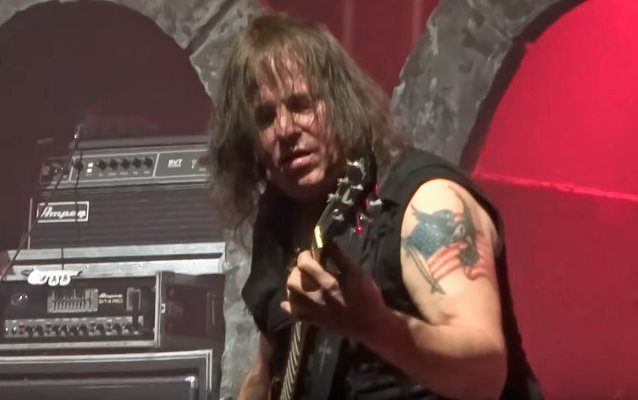 "It is a great honor to join with Wacken Open Air to induct Ross 'The Boss' Friedman, with the 'Global Metal Ambassador Award,' says Hall Of Heavy Metal History founder/CEO Pat Gesualdo."If anyone deserves this award, it's Ross. He's been working extremely hard for decades to ensure that metal continues to thrive."

"We are very happy to be part of this very special ceremony and looking forward to having Ross The Boss on our stage for the very first time inWacken," says one of the Wacken Open Air promoters, Thomas Jensen.

The Hall Of Heavy Metal History is part of the non-profit organization D.A.D. (Drums And Disabilities). Proceeds from both organizations are donated to establish free therapy services and programs to help disabled children and their families. Every January, iconic musicians and music industry personalities are inducted into the Hall Of Heavy Metal History in Anaheim, California.

The new lineup of ROSS THE BOSS, the band led by Friedman, performed at this year's Hall Of Heavy Metal History induction ceremony in January at the Anaheim Expo Center in Anaheim, California.

One of the great metal guitarists, Friedman first made his name with THE DICTATORS, before briefly teaming up with French band SHAKIN' STREET. But in more recent times, he became renowned for his work with MANOWAR. A founding member, Ross recorded six albums with the band, before leaving after 1988's "Kings Of Metal". Since then he's worked with MANITOBA'S WILD KINGDOM, BRAIN SURGEONS and THE SPINATRAS. Now he's back doing what he does best — playing loud, true heavy metal with DEATH DEALER and ROSS THE BOSS.