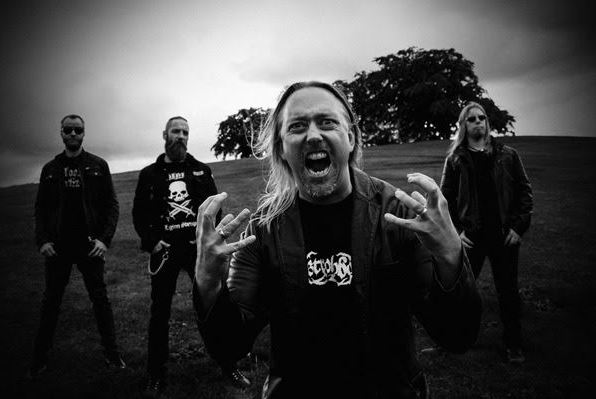 THIS ENDING, the Swedish death metal band featuring former AMON AMARTH drummer Fredrik Andersson, has inked a deal with Apostasy Records. The group's third album, "Garden Of Death", will be released this spring.

THIS ENDING's latest release was a three-song EP titled "Systematic Worship". The effort was recorded during late 2011 at guitarist Linus Nirbrant's studio Audiohammer and was released the following year.

THIS ENDING said about its new label home: "We're proud to announce that we will collaborate with Apostasy Records to release our new album, 'Garden Of Death'. A truly dedicated label that has shown its appreciation for our new material and for genuine music."