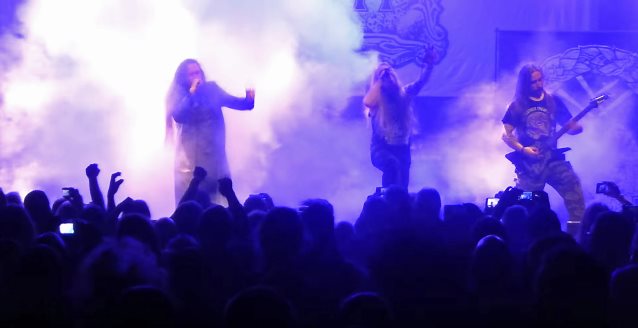 Former BOLT THROWER and current HAIL OF BULLETS vocalist David Ingram joined MEMORIAM on stage this past Saturday, December 17 at the Eindhoven Metal Meeting in Eindhoven, The Netherlands to perform the BOLT THROWER song "Inside The Wire". Check out fan-filmed video footage below.

MEMORIAM was primarily developed to fill the void that was left following the tragic death of Martin "Kiddie" Kearns, the drummer from BOLT THROWER, back in September 2015. BOLT THROWER subsequently placed all activity on hold for the foreseeable future which gave Karl Willetts an opportunity to develop a new project with friends that had expressed interest in forming a band for some time.

MEMORIAM is an old-school death metal band, maintaining the standards set by their previous bands, focusing on the themes of death, loss and war. Initially, the bandmembers got together to play covers of songs that had influenced them throughout their careers within the death metal scene. However, it soon became apparent that the new songs that they created were of a superior standard.

Ingram joined BOLT THROWER in 1998, officially replacing Martin Van Drunen after having handled vocals temporarily for the band during a show in July 1997 in Zwickau, Germany. He appeared on the 2001 album "Honour Valour Pride" before leaving the group in 2004 due to health problems. 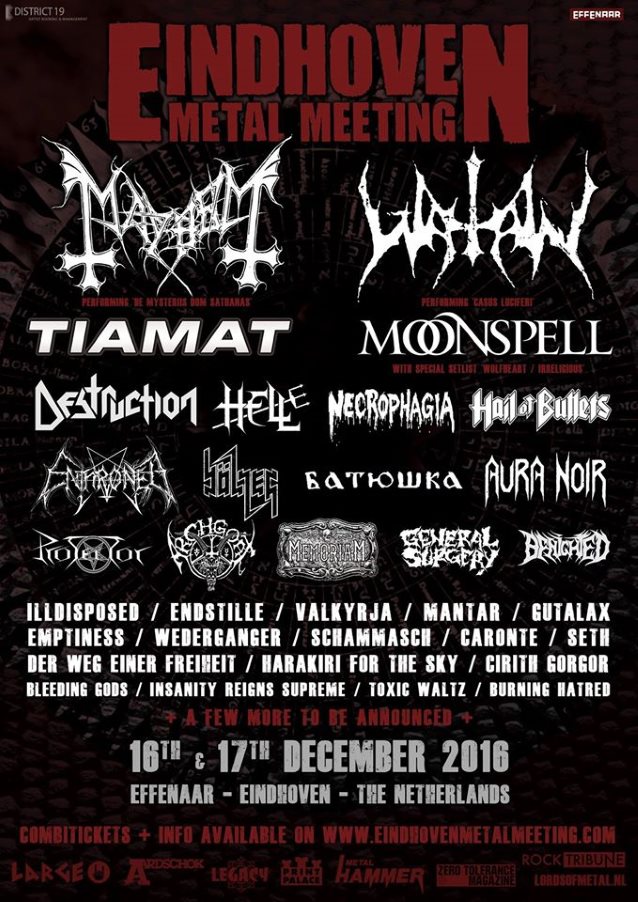