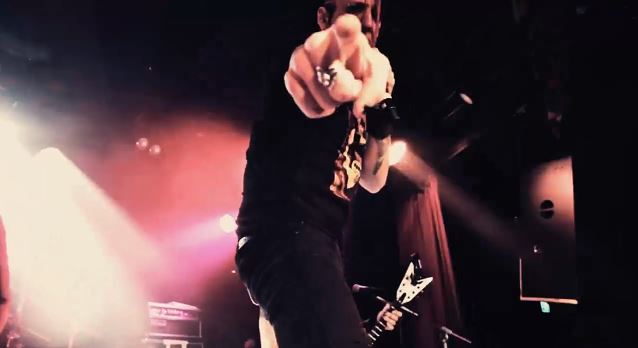 A teaser for HELLYEAH's forthcoming concert DVD, apparently titled "We're All In This Together", is available below. The footage was shot last year while the band was on tour in Australia.

HELLYEAH recently posted a short studio teaser for its forthcoming fifth album along with the hashtag #HUMAN, which is likely the title the CD's first single.

HELLYEAH guitarist, Tom Maxwell recently stated about the band's upcoming CD: "It's all coming along great. There's a lot of new stuff coming out that we've never tried before, and a lot of heavy shit."

"Blood For Blood", was the band's first release since parting ways with guitarist Greg Tribbett and bassist Bob "Zilla" Kahaha in 2013.

The new members of HELLYEAH are bassist Kyle Sanders and guitarist Christian Brady.

"Blood For Blood" sold around 17,000 copies in its first week of release to land at No. 18 on the Billboard chart.

A preview from our upcoming DVD shot Live in Australia 2015.