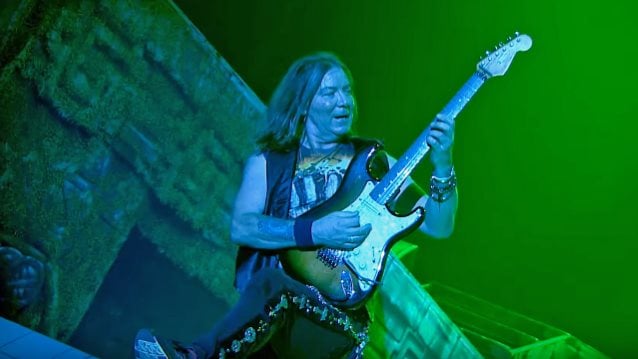 Dave Murray says that IRON MAIDEN has no plans to retire after the completion of the band's "The Book Of Souls" world tour. "We're not stopping after this tour; this isn't the last tour by any means," he told The Press-Enterprise. "We're going to finish this one out, which we're having a lot of fun [doing], and then we're going to take some time off and next year there's going to be some surprises."

When asked how he would feel if MAIDEN suddenly came to an end, Dave said: "If it was to finish tomorrow, I think I could say quite honestly that I've been very happy and very lucky and have done everything, enjoyed most of it, because of all the places we've traveled to, you'd never go there. We're lucky enough in that respect to see the world several times over by being on tour. That in itself has been a great experience and also playing music and being able to express ourselves in a melodic form, an aggressive form and just have fun with that. The future, there's still things to do so you just keep inventing new things all the time, try to create new things every day."

MAIDEN's "The Book Of Souls" world tour has been going on since early 2016 and has just returned to North America. The band's Mayan-themed set sees Eddie, MAIDEN's omnipresent mascot, having his heart torn out of his chest by singer Bruce Dickinson, who throws the heart into the crowd.

"The Book Of Souls" is MAIDEN's first ever double studio album and their most successful chart-wise to date, debuting at the No. 1 spot in over 40 countries around the world and No. 4 in the U.S.A. 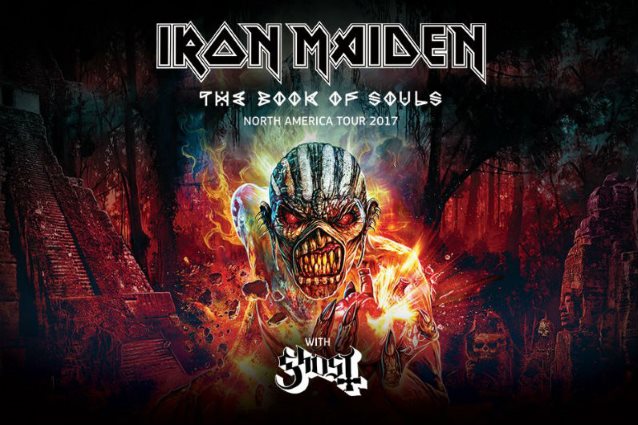