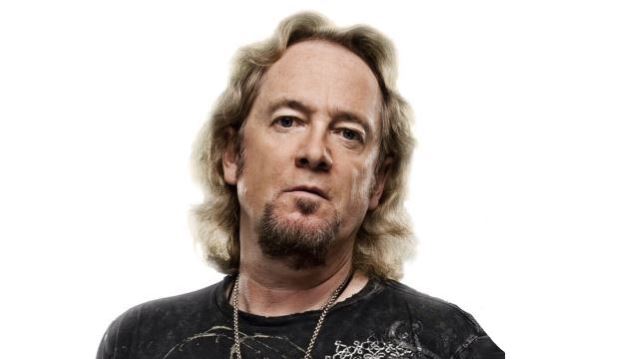 In a brand new interview with Las Vegas Weekly, IRON MAIDEN guitarist Adrian Smith spoke about the band's latest album, "The Book Of Souls", which marked the group's fifth release in a row to be produced by Kevin Shirley. Asked what Shirley brings to the recording process that MAIDEN really likes, Adrian said: "He's old school. He likes to record live. We always did record live, really. We recorded everyone playing together, and then we used to overdub, redo the guitars and the vocals. But now, it's pretty much live. We fix a few things up and do a few overdubs and that's it.

"When you've been doing it as long as we have, you kind of know what you're doing, and you just try and get it down on tape," he continued. "But you're still playing to four walls when you're in that studio, and that's always a problem. You're trying to give stuff life and energy, and you've got no audience to play [to], because the band obviously thrives in front of an audience. Hopefully we hit the mark sometimes."

Adrian also talked about how IRON MAIDEN has changed since he first hooked up with the group three and a half decades ago. "When I first joined, I couldn't believe the energy and how fast they used to play the songs," he said. "It was just pure adrenaline, energy, testosterone. We went onstage and just went for it. I think now it's a bit more measured. We like to give a little bit more space in the music so everyone can express themselves within the framework of the song. There's a little bit more respect for other people. When you get older, you give people space, you give them a bit more respect, you consider the way they're feeling. I think that comes across. But when we hit that stage, some of that old feel takes over sometimes and we still hurdle through some songs. I like to say it's controlled power now. That's my motto for a gig: Keep it powerful but controlled."

MAIDEN's "The Book Of Souls" world tour has been going on since early 2016 and has just returned to North America. The band's Mayan-themed set sees Eddie, MAIDEN's omnipresent mascot, having his heart torn out of his chest by singer Bruce Dickinson, who throws the heart into the crowd.

"The Book Of Souls" is MAIDEN's first ever double studio album and their most successful chart-wise to date, debuting at the No. 1 spot in over 40 countries around the world and No. 4 in the U.S.A.