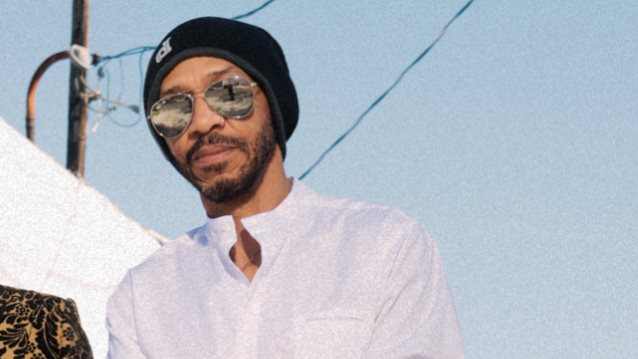 For Gay Pride Month, Billboard asked artists about the reality of being out musicians in hard rock/metal and the state of LGBTQAI acceptance in the genre.

Doug Pinnick, bassist-singer for progressive veterans KING'S X and rock act KXM, has been publicly out since he declared his orientation in an interview with Christian publication Regeneration Quarterly in 1998.

When asked for his take on people using the word "f—t" in lyrics, Pinnick said: "KORN, for instance, when that first record came out and the line says, 'I'm a f—t, I'm a motherfucking queer,' what [singer] Jonathan [Davis] did is, he didn't come out and ridicule gay people at all. He came out and owned it. He said things that made you own what you were saying. It was like it was so, so, so big and so strong. Because gay people, we don't stand up. We don't say, 'Hey, this is who I am. Screw you.' When he said that, and even though Jonathan's not gay … it kind of broke a lot of walls, especially [in light] of his childhood sexual abuse … It was helping kids to open up and realize they weren't alone, especially kids that have been abused sexually.

Pinnick also offered his opinion on what contributes to homophobia in metal. He said: "One thing is 'cause it's such a guy genre. Guys get together, and they make jokes about gay people and talk about gay people and they call each other 'gay' and accuse each other of being gay if they do something feminine. Guys are just brutal. I mean, you go to the bathroom in a guy's bathroom, and you don't hear a word. No one looks at each other, no one says anything, and when everybody's lined up at a stall, everybody's eyes are straight ahead. No one looks at each other, because if anybody looks down or anything, they might get hit.

"We're just taught to be homophobic," he continued. "I think it's something that's just been beat into us, and so as a result of it, guys especially are like, 'We're in our closet.' It's crazy. Go into a girl's bathroom, girls are in the same stall with each other, pissin'. And I'm goin', 'Oh my God, guys would never do that.'"

Pinnick's sexual orientation, to some, contradicted his role in KING'S X, which had been tagged a "Christian band" due to the band's spiritual lyrics, a term the group disliked. After he came out publicly, Christian booksellers pulled KING'S X product from their shelves.

"Because I'm gay, in the Christian world, that is a no-no," Pinnick said in a 2013 interview with Classic Rock Revisited. "There is a place in the Bible where God says that is an abomination. When a preacher gets up to preach, he says that an abomination is what God hates more than anything else. God hates a lot of things in the Bible, but when God says something is an abomination, then you're going to hell and God has nothing to do with you and there is no way you're going to change that.

"I didn't know what to do anymore and I had no one to help me," he continued. "I just tried to find my way out of that hole. I started to look back and realize that it was just another religion and that they all have their own thing. I realized it was not the only way. People need something to believe in and they need to feel a part of something and they need spiritual awareness. I have nothing against it, but when they legislate and tell people what they have to do in order to get with God, I say, 'Not anymore. Your way didn't work and I have a new way.'"